The latest in Capcom’s long running franchise makes an appearance on the 3DS. 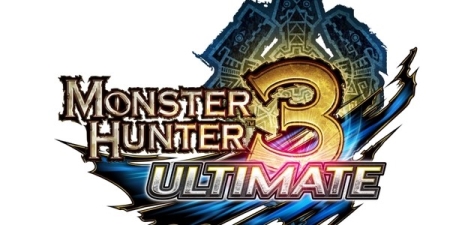 Monster Hunter 3 Ultimate is basically an expanded version of the Wii’s Monster Hunter Tri.  The story of the game is pretty simple.  You are a hunter who has moved to a new village which is terrorized by various local giant monsters.  Your job is to do jobs for the locals and get yourself into a position where you can take down these monstrous creatures.  That’s mostly all the game gives you, though.  If you’re expecting some sort of JRPG with a huge, twisting and turning story then you won’t find it here.

You start off by creating your character and playing through a rather long tutorial.  There’s no levelling and stats to speak of.  You get pretty simple gear and weapons to start with, and there’s a huge selection of weapons to choose from, from giant swords to bows, gunlances and hunting horns.  You’ll get given quests to do by the guild, which will require you to do things such as kill a set of monsters, collect certain items or survive for long enough to get a pass to deliver to exit the level.  When you start, you have a supply crate which offers you a set of bonus items you can use for the quest, but that you return once you complete it.  Once the quest is done, you’ll get various rewards you can use. 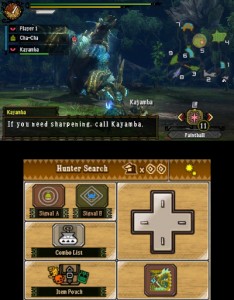 When you’re not questing, you can go and free hunt, which enables you to just go out into the world.  You can get forecasts which will tell you the state of the zones, and what to expect to find there, such as if a particular monster is breeding.  These give you an unlimted time to go out and kill monsters for resource points, to help your villages, and also bones, hides, metal ores, herbs and various other goodies you can get in order to craft gear and items to help you on your way.  You can buy gear as you go through the game, but you can get better gear through crafting and there’s a sense of satisfaction in creating your own things.  If the idea of collecting herbs and plants and fishing don’t appeal to you, you can send out ships to catch fish or plant things on a farm to get some items back.  It gives you plenty of options.  You can get fertilisers to increase the yield of your crops as well.  If you’ve got a few local friends with a 3DS and a copy of the game, you can team up on multiplayer quests for up to four people, but there’s no online mode.

Admittedly, the whole hunt, gather, quest, repeat cycle will probably be too repetitive for some, especially with the light story.  Also, quite a few zones in the game can seem a bit bland and sparse, especially if there are no creatures around at the time.  But it can also be very addictive as you go out trying to get hold of some items to make that awesome armour or create that special mushroom that can give you special buffs and abilities.

The combat in the game might seem a bit clunky at first, but you soon realise that it’s actually more deliberate than anything.  Any action you perform has a purpose.  You can’t expect to just hack and slash a monster to death.  If you’re in mid attack, monsters can damage you and knock you off your feet, so you need to time your attacks correctly.  The various weapons help you switch around to fit your current situation and allow you to experiment.  Tactics are important if you’re to succeed.  Rolling and running around to attack slower moving monsters side on will help you take them down with less damage, for example.  There’s also underwater melee battles in the game, which can be annoying if you’re using the D-pad to control the camera.  If you have the Circle Pad Pro add on, you can use that to control the camera, which would probably make things a lot easier.

The main battles of the game are the battles against the huge monsters in the game.  They are epic fights against giant, impressive looking beasts that can take upwards of 30 minutes to complete.  There’s no health bar for the monsters, but you get visual clues as to when a beast is badly damaged, such as a limp.  Battle can even take place across multiple zones, as your quarry retreats to try and get some distance from you. 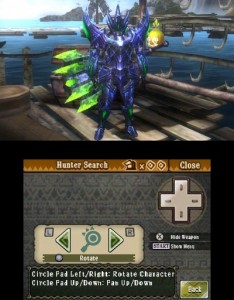 As stated previously, the camera is controlled either with the D-pad or the Circle Pad Pro.  If you own one, you should use it.  If not, you’re better off using the D-pad on the touch screen rather than the physical D-pad, as the controls are much less awkward that way.  Even then, it’s not ideal, especially when dealing with the underwater combat.

What you get out of Monster Hunter 3 Ultimate really depends on how much patience and time you have to dedicate to the game.  If it hooks you, you could be playing the game for hundreds of hours.  The tutorial quests however are longer than quite a lot of full games, so if you want to try and get straight into the meat of the beast, then this isn’t really for you.  If you’ve liked any Monster Hunter before, you’ll enjoy this.

FINAL THOUGHTS
Monster Hunter 3 Ultimate is a deep and involving RPG, which will hook you in and consume a huge amount of your free time if you allow it to.  If you’re not the patient type and want an action RPG that drops you in the thick of the action, then this isn’t for you.  There are a couple of issues with the camera, and the combat can take some getting used to.  But this is a fantastic game that works well on the 3DS and, if you need something huge to fill your time, then check this out.

Mike is Brutal Gamer's Indie Editor. He has been playing video games since the early 90s and is fond of racing games, puzzlers and MMOs. Typing /played while in WoW makes him cry, but not enough to stop him playing some more.
@Ognawk
Previous Saint’s Row IV has nutshots and then some
Next Free Comic Book Day offerings now on Dark Horse Digital 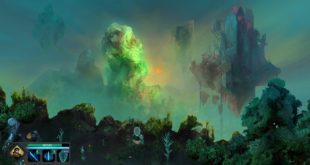 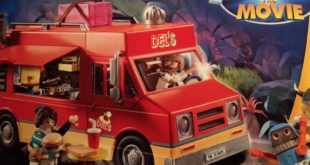 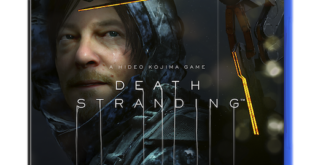 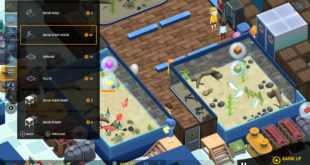