Home / Editorials / How Much Do Video Games Owe To Movies?

How Much Do Video Games Owe To Movies?

The video game industry continues to eclipse the movie biz in terms of sales and monster launches (as opposed to film openings), but just how much of this current success does the video set owe to H-Town?

The video game sector has been nipping at the heals of Hollywood, the self-proclaimed entertainment industry giant, for many a year.  In the period 2008 to 2009, for instance, it was recorded that we in the UK paid £500 million more on gaming than the collective amount spent on the retail and rental of both DVD’s and Blu Ray discs and at the cinema box office.  This was a total of £1.72 billion on games compared to £1.98 billion on film, for the same period.  Whether video games ever really over take movies and cinema as the dominant form of entertainment is anyone’s guess, but it is certainly an eye opener.

Although games are now a popular and powerful entertainment form in their own right, how much of that success can be attributed to the film industry itself?  Due to the creativity of many a movie maker we’ve had the pleasure of enjoying decades of car chases, shoot outs and bar fights, not to mention maniacal villains, valiant heroes and dangerous femme fatales.  As film fans and cinemagoers, it is in no doubt that we have all been spoiled for choice.  Without the influence of cinema, would we even have some of our favourite video game titles, however? 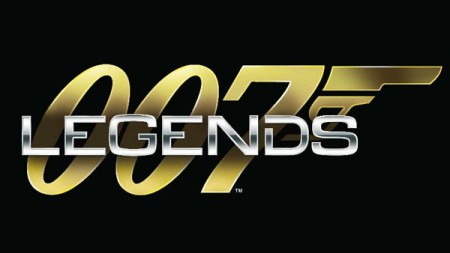 In the earliest days of the video gaming and home console industry, games were still exceptionally fun, but a very different prospect than that of today.  For many years, gaming was an extremely 2D affair.  Although unarguably as much fun, releases which found their heyday at the start of the 1980’s, do not offer the same level of immersion and visceral thrill as todays triple A titles.   The newest iteration of the Assassins Creed or Halo series’ is a far more involving, if no more enjoyable, prospect than older games such as Pitfall, Pac-Man and Space Invaders.

Video games started to seem far more ‘cinematic’ as the gaming hardware continued to significantly progress.  The leap from the Super Nintendo to the N64, or Sega’s Megadrive to the Saturn was truly massive. This generation of consoles, in the mid 1990’s, also heralded the powerhouse brand of Sony’s PlayStation.  This machine was an industry game changer in many ways due to its almost unparalleled financial and critical success.  Finally, game developers were given the necessary tools to fully realise their vision, in many instances.  In essence, instead of comprising solely of a gameplay dynamic, video games stated to tell stories!

It was at this point in the industry’s short history that the hardware was capable of conveying a more ambitious narrative for the first time going forward.  Due to the graphical and audio capacity of this new generation of home consoles, the convergence of games and movies finally became more apparent.   Games had borrowed ideas from movies for many years, like the martial arts champions of Double Dragon to the Metroid series and it’s operatic space heroics.  Now, however, games could finally appear more like the movies they referenced in their visuals, structurally and story telling also, rather than purely conceptually and aesthetically.

We Have A New Challenger 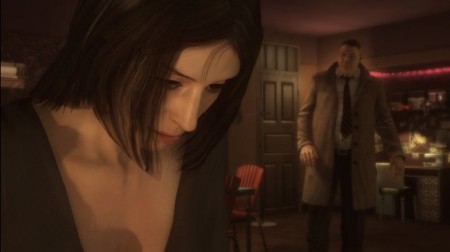 Many games were starting to fully embrace this change in direction, but a few in particular stand out.  Silent Hill, Metal Gear Solid and Resident Evil made a gigantic impression on the industry and, subsequently, continue to be exceptionally lucrative franchises to this very day.  Their ability to use their gameplay as a story telling mechanic took the medium of video games to the next level.  All three games were heavily influenced by the movies that inspired them, but were far better for it.

For the first time, video game players were introduced to the new notion of characterisation.  Though, always a consideration in filmmaking, this concept of fully fleshing out a character with real personality and motive was new thinking in terms of the game industry.  The use of real voice acting combined with proper scripting helped this along enormously.  This new development was only possible due to the audio capabilities of the new hardware which allowed for CD-quality sound reproduction.

From those heady years in the 90’s to the present day, this has continued to evolve and progress.   Recent releases such as Bioshock, Portal and Dead Space continue to homage specific genre-films and wear these influences firmly on their collective pixelated sleeves.  Moreover, games like the PlayStation 3 exclusive Heavy Rain, for example, continue to take this even further by becoming, in gameplay terms, more of an interactive movie than the usual video gaming experience.  This is largely due to its use of long cut scenes and large number of quick time events.

This impact does go both ways, also.  The film industry has started to take more than a passing interest in not just the success of video games, but also their appearance and look.  For starters, 2012 gave us the second movie adaptation of the Silent Hill game series and the fifth of Resident Evil.  Though critically derided, these films continue to make decent money at the worldwide box office and perform reasonably well.

The impact of gaming goes further than purely reworking video game plots for the silver screen.  This can be seen in movie projects the Matrix Trilogy and comic book film Scott Pilgrim, as both owed a large debt of gratitude to the video game aesthetic.   Furthermore, the last few months has given us the massively successful Wreck-It Ralph from Disney Animation.  Not based on a specific gaming franchise per-se, the film uses many of the tropes of the industry and gaming culture, even using cameos of famous game characters from Sonic The Hedgehog and Q*Bert to Ryu from Street Fighter II.

The End?  No, The Beginning

In answer the initial question posed, video games in their current state owe almost everything to the film industry.  Without movies to inspire the imagination of video game developers, our favourite gaming characters and titles simply would not exist.  From the obvious influence of Indiana Jones in the Tomb Raider and Uncharted franchises, to the subtle nods in the Metal Gear Solid series to the cult John Carpenter film, Escape From New York, film scope of impact on gaming is undeniable.  In the early years of video games this influence was purely from a design perspective.  Now though, as games have also become more sophisticated devices to tell a compelling tale, film’s impression on the gaming sector has become gargantuan.  Long may this cross-fertilisation occur, as it is surely to the betterment of both industries!