Dead Island Riptide publisher Deep Silver and bookmaker Paddy Power have set the odds for a Mayan and/or zombie apocalypse tomorrow. Apparently, the odd are pretty good that the sun shall indeed rise on December 22nd. 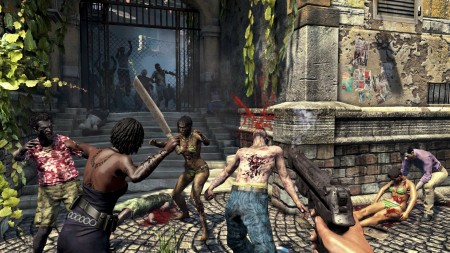 The odds of a mass zombie outbreak on 21 December 2012 as depicted in the Dead Island Riptide video game published by Deep Silver has been set at 2,000/1. Meaning that civilization as we know is more likely to come to an apocalyptic end as a result of an environmental disaster (1,000/1) or a nuclear holocaust (1,500/1). However, that could be small comfort when you consider that we’re more likely to be overrun by the living dead than colliding with another planetary body like a giant asteroid (3,000/1) or being attacked and conquered by extra-terrestrials (5,000/1).

“Punters fancying a cheery 2000/1 flutter that the world will end due to zombie apocalypse on December 21st are more than welcome. For those not totally convinced, Paddy Power is also offering 1/1000* that the sun will rise on the 22nd. Either way, someone’s going to win!”

…Or lose. Either way.

If we do somehow manage to make it past tomorrow and into 2013, make sure you keep an eye out for Dead Island Riptide. The sequel to Dead Island is expected to take a bite out of the Xbox 360, PS3, and PC on April 26th 2013. Hopefully.

Jason's been knee deep in videogames since he was but a lad. Cutting his teeth on the pixely glory that was the Atari 2600, he's been hack'n'slashing and shoot'em'uping ever since. Mainly an FPS and action guy, Jason enjoys the occasional well crafted title from every genre.
@jason_tas
Previous Van Helsing takes to the wilds in new trailer
Next Pixelated Santa is Coming Again!