Lisa’s normal life is suddenly turned upside down when her beloved aunt Matilda is suddenly taken ill. It turns out that Matilda is one of a group of magical people called Keepers, and Lisa herself has some of that magic as well. She soon finds out that the only way to save Aunt Matilda is to go back in time, find the pieces of a missing magical amulet, and reassemble them. Of course, an amulet like that holds great power, and Lisa isn’t the only one who wants it. Finding the amulet means going up against some pretty bad people, but Lisa will stop at nothing to save her aunt.

In order to find the three pieces of the Amulet of Time, Lisa must travel to three different places in time: the Old West, an ancient bazaar, and modern day China. In each time period, their is a Keeper who’s task it is to keep that time, and their piece of the amulet, safe. But someone else has also been after the amulet, for sinister purposes, so it isn’t as simple as finding the Keeper and putting everything together. Plus, Keepers don’t seem to be the neatest of people, and all of them have an awful lot of cleaning up for Lisa to do before she can get to amulet finding. 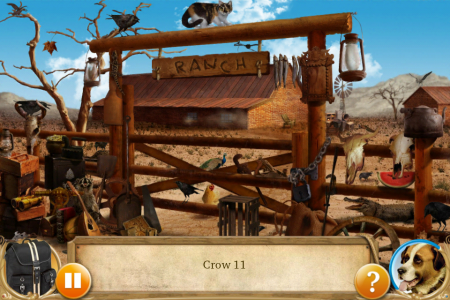 For the most part, you won’t find yourself wandering around a lot in Shards of Time. Each environment only has a few places you can go, each of them marked by golden sparkles. You’ll work your way back and forth among these, finding all of the items needed in the correct order. You can talk to the people in the environments, but they’ll keep repeating the same things until you complete the tasks given to you.

The environments, and the object jumbles hidden within them, all do a pretty good job of keeping with the theme (and respective time zones) of the game. You’ll search for magical golden genie lamps in the bazaar, playing cards in the wild west, Chinese symbols in modern day China, and so forth. The characters in each area are also in keeping with the times, and it all adds a bit of variety to the game play. 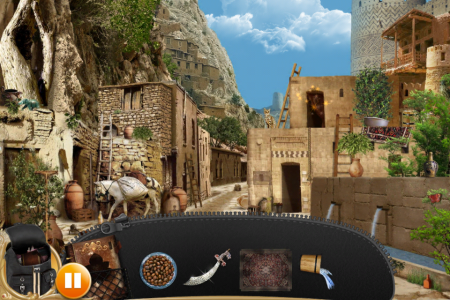 Your tasks will fall into three different categories. The first are your standard hidden object jumbles, where you are given a list of a variety of items to find on the screen. The second type of hidden object jumbles involve finding all of a certain type of item on the screen, for instance, twenty cats, or fifteen key cards, etc. There is a hint feature (a loyal dog) that you can use if you happen to get stuck. The third type of game play is the classic mini game. These range from reassembling scraps of paper to gluing together pots to memory type matching games. While you can use the standard hint feature on the mini games, they are not skippable. They really are not difficult, so it shouldn’t be a problem in that respect, but gamers who only want hidden object action will just have to suffer through them. 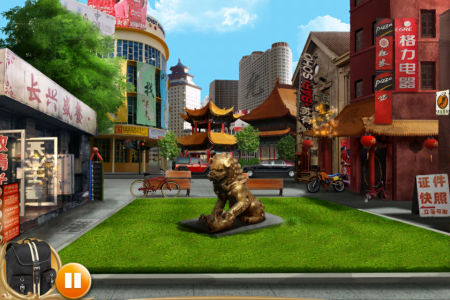 Final Thoughts:
Shards of Time offers a lot of hidden object action without a lot of filler. The game keeps you hopping with search after search, lots of variety, and even some interesting mini games for a little change of pace. The content is child friendly, making Shards of Time a book that parents and kids can enjoy together.