Just to be clear, a teaser for a trailer is what we’re talking about here. 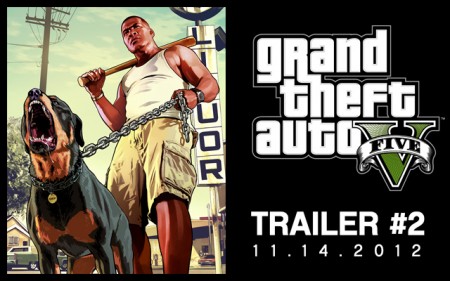 I can’t think, off the top of my head anyway, of another franchise that would stir this kind of giddy-up in both the gaming press and the fan base other than Grand Theft Auto.

In any event, Rockstar Games announced today that the second trailer (the first is here) for Grand Theft Auto 5 will indeed be shown off next week – November 14th, to be specific. I wish ewe had something cooler than that one teaser shot you see above to show you… but we don’t. So… yep, see you next week.

Jason's been knee deep in videogames since he was but a lad. Cutting his teeth on the pixely glory that was the Atari 2600, he's been hack'n'slashing and shoot'em'uping ever since. Mainly an FPS and action guy, Jason enjoys the occasional well crafted title from every genre.
@jason_tas
Previous Dark Horse releases reader for Android
Next I always feel like Kinect is watching me…