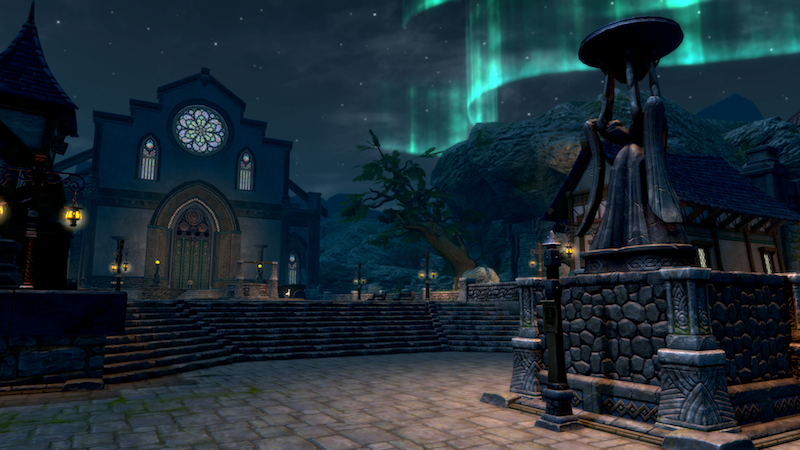 Home / News / A new Kingdoms of Amalur expansion is coming, and it hits this month

After almost a decade, Kingdoms of Amalur is getting a major expansion with Fatesworm. The huge new content drop will be out this month.

Kingdoms of Amalur was, if you remember, originally launched in 2012. It was met with both critical acclaim and solid sales, though had some other issues that we won’t get into here. Fast-forward almost a decade though, and the rights to the game have been picked up by THQ Nordic.

That resulted in a re-mastered version of the RPG, called Kingdoms of Amalur: Re-Reckoning. That version updated the original to the modern crop of consoles (and the PC). For the most part however, that seemed like all there would be, short of a sequel.

But you might want to think again, because the publisher will indeed be supporting this latest re-launch, and in a big way. Today THQ Nordic announced Fatesworm, a massive expansion for Re-Reckoning.

Fatesworm will intro new… well basically new everything. Expect a new storyline, expanding on the original, plus fresh environments, missions, quests, dungeons, weapons and armor, and even a new gameplay mechanic and level-cap bump.

Almost 10 years ago, a legendary RPG was born: Kingdoms of Amalur: Reckoning. This year on December 14th, the journey of the Fateless One continues. After the Crystal War has been fought and Gadlow has been defeated, the people of Amalur were hoping for peace to return to their lands. And although peace has indeed come to Amalur, rumors of a new threat are starting to spread, rising in the far west, the icy lands of Mithros. None other than Telogrus, the God of Chaos himself has awoken and is gathering followers to throw the whole world into chaos!

Sound good? If you’re an Amalur fan, it definitely should. And if you are that, then you’ll be doubly happy to know that you won’t have to wait long at all to play Fatesworm.

The expansion is set to arrive for almost all versions of Kingdoms of Amalur: Re-Reckoning (there’s no Switch support yet) on December 14th. Yep, this month. the only caveat seems to be that you’ll need the remake in order to play it. So if you haven’t picked that up yet, you might want to.

Then again, you might want to wait, and grab the new “Fate Edition”. That’ll include both the re-release, and the Fatesworm expansion. Expect it days and date with the new content, and with a price of $54.99 USD.

Jason's been knee deep in videogames since he was but a lad. Cutting his teeth on the pixely glory that was the Atari 2600, he's been hack'n'slashing and shoot'em'uping ever since. Mainly an FPS and action guy, Jason enjoys the occasional well crafted title from every genre.
@jason_tas
Previous Trailer: Aftermath brings psychological chills and thrills
Next Netflix’ Jurassic World: Camp Cretaceous returns today