The lauded PC RPG from ZA/UM is coming to the Nintendo Switch, and in short order. Disco Elysium arrives on the console next month.

If you’re an RPG fan who hasn’t played Disco Elysium yet, well you might not be an RPG fan. You might also have made a good decision, since the game is bringing its massive world to the Nintendo Switch.

It’s making the leap in Final Cut form too, which means “one million professionally voice acted words by actors from all over the world”. On top of that monster-sized improvement, there are also all new areas, and new quality of life enhancements.

All in all, the Final Cut edition of Disco Elysium seems to be the version you want to play. And pretty soon, you’ll be able to play it almost anywhere.

Disco Elysium: Final Cut hits the Switch on October 12th, and is pre-orderable right now via the eShop.

Jason's been knee deep in videogames since he was but a lad. Cutting his teeth on the pixely glory that was the Atari 2600, he's been hack'n'slashing and shoot'em'uping ever since. Mainly an FPS and action guy, Jason enjoys the occasional well crafted title from every genre.
@jason_tas
Previous The original Star Wars: Knights of the Old Republic comes to Switch in November
Next Airwolf Kickstarter winds down, hits almost all stretch goals 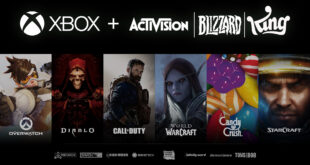