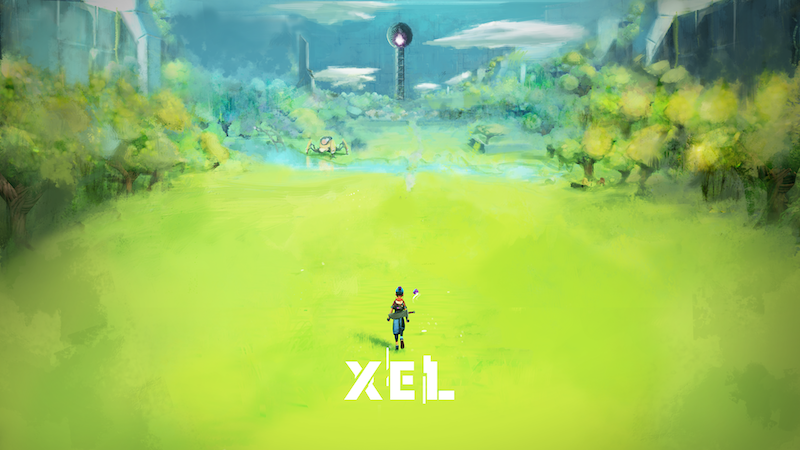 Draw your sword, and watch that landing… it’s a bit bumpy. But don’t worry, you’ll be fine as you meet the sci-fi/fantasy world of XEL.

Okay, so a bit more than bumpy

XEL follows an amnesiac protagonist named Reid, who finds herself shipwrecked on an enigmatic world with no memory of her previous life. Players will join Reid as she sets out to get to the bottom of the mystery behind this bizarre land filled with secrets, puzzles, and a not-so-stable sense of time. Explore a beautiful overworld dotted with challenging dungeons in a  classic, top-down, 3D action-adventure format in a rich, vivid palette. During her quest, Reid will meet charming, enduring characters, engage in thrilling combat, and of course, find and upgrade a whole bevy of nifty weapons, items, gadgets, and moves — some of which may help her jump through space and time.

Developed by Tiny Roar, XEL features dungeons to fight through, plenty of gadgets and weaponry, and the ability to play with the rules of spacetime. Sound cool? Yeah it does. And it’s set to come to the PC, as well as Switch, Xbox Series X|S, and PS5 in the second quarter of 2022.

Jason's been knee deep in videogames since he was but a lad. Cutting his teeth on the pixely glory that was the Atari 2600, he's been hack'n'slashing and shoot'em'uping ever since. Mainly an FPS and action guy, Jason enjoys the occasional well crafted title from every genre.
@jason_tas
Previous AtGames Legends Pinball National Owners Day, as new tables arrive
Next Team 17 announces Broken Roads, brings the post-apocalypse down under