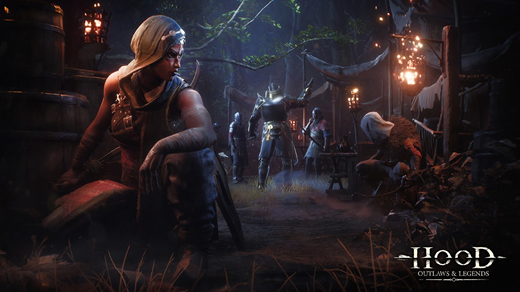 Home / News / Trailer: Season 1 to kick off next month for Hood: Outlaws & Legends

Trailer: Season 1 to kick off next month for Hood: Outlaws & Legends

Hood: Outlaws & Legends is launching its first season with Samhain on September 2nd. That’ll include some fixes, new maps, and a new outlaw.

Season of the thief

To kick off the season, Hood will welcome its first new Outlaw, Eidaa, free for all players. An amazing toe-to-toe fighter, Eidaa’s abilities, unique moveset and customizable perks make her a fearsome opponent anywhere on the battlefield. The update will also introduce a game-changing rework to the winch system, improving and upping the intensity of each match’s critical final phase. This new system will allow both teams to winch for the treasure chest, leading to a fairer, more balanced experience in which every step of the heist counts.

Hood’s first Battle Pass also arrives with Season 1, bringing a huge variety of cosmetics to unlock. The Battle Pass represents a new, separate progression system in which players earn experience to unlock exclusive cosmetics for all Outlaws, including Eidaa. All players can progress in the Battle Pass, which includes free items at certain tiers.

Hood: Outlaws & Legends is out now on the PS4, PS5, Xbox One, Xbox Series X|S, and PC. Season 1 launches for all platforms on September 2nd. If you’re playing on Xbox, you can get a free taste of the action too. Xbox Free Play Days, today through the 23rd, sees Hood go free-to-try, and the game even sports a 40% discount if you buy during that period.

Jason's been knee deep in videogames since he was but a lad. Cutting his teeth on the pixely glory that was the Atari 2600, he's been hack'n'slashing and shoot'em'uping ever since. Mainly an FPS and action guy, Jason enjoys the occasional well crafted title from every genre.
@jason_tas
Previous The original Quake is back, in enhanced form
Next Trailer: WRC 10 to bring series first, car customization