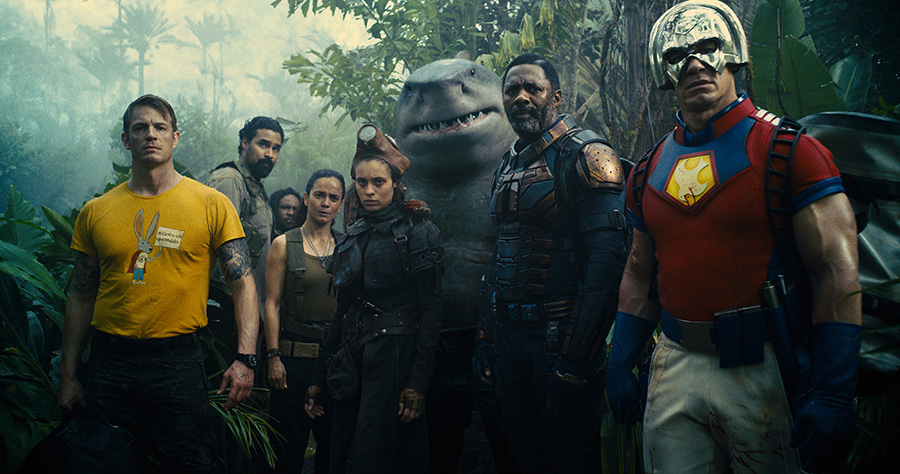 So how did James Gunn pick The Suicide Squad’s team members anyway?

Wondering how director James Gunn chose The Suicide Squad team members for the film? Look no further, as the director explains.

With the film about to open and getting raves from critics, James Gunn’s take on DC’s The Suicide Squad is looking terrific. And, of course, it’s also looking absolutely packed with villains.

That’s a good thing, since they’re the spotlight ‘heroes’ in Suicide Squad. Also, for the uninitiated, note the name of the team. This isn’t the Justice League or the Avengers. These villains are being forced to operate as assets of the strike team known as Task Force X. They all have implanted bombs, and if they go rogue, they go ‘boom’.

With the glut of characters too, way more than in the first movie, there are going to be some that don’t make it. In fact, Gunn himself has said not to get too attached to any of them. So there’s a distinct chance that, no matter which villain it might be, your favorite might not make it.

As Gunn explains, he actually knew right from the jump which bad guys were heading for an early exit.

“There were a certain number of characters that I knew were going to die from the time I put them in the movie,” Gunn explains. “When I first pitched this idea to Warner Bros., I went into (Warner Bros. Film Chairman) Toby Emmerich’s office and I had made copies or made photos of every single character, and I had them all on a wall because it’s a lot of characters. To throw, like, Mongal at Toby Emmerich can be really confusing. Going through them in that way, I knew some characters were going to die early and then other characters died as I told the story.”

Want more Squad-talk? Head over to DC Comics’ official site for the full conversation with the publisher. It’s an actual interesting read, doubly so if you’re a long time DC fan.

The Suicide Squad opens in theaters and debuts on HBO Max this Friday, August 6th.

Jason's been knee deep in videogames since he was but a lad. Cutting his teeth on the pixely glory that was the Atari 2600, he's been hack'n'slashing and shoot'em'uping ever since. Mainly an FPS and action guy, Jason enjoys the occasional well crafted title from every genre.
@jason_tas
Previous Trailer: Take in the tracks of Cruis’n Blast on Switch
Next Trailer: Racer Neon Hat arrives for PS4/PS5/PSVR