Ubisoft’s Far Cry is expanding into the world of comics, with Dark Horse’s upcoming title. Expect to see some old friends returning for this one.

Am I the only one who thought that Far Cry’s individual installments weren’t connected in any way? Well, apparently they are, or at the very least they all take place in the same fictional universe. That’s apparent at this point, thanks to Dark Horse’s upcoming comic based on the video game series.

Far Cry: Rite of Passage will be written by Bryan Edward Hill, with art from Geraldo Borges. It will explore a few select past games in the set, namely, those games’ villains. That’ll be including Vaas Montenegro, Pagan Min, and Joseph Seed.

The tales will be framed against a tie-in to the newest game to bear the name. Far Cry 6’s own President Antón Castillo’s and his son, Diego will be the glue tying the action together.

Bringing in fan-favorite villains, Far Cry: Rite of Passage is a gritty tale of the intricate road that leads to the ascension to power. The story kicks off as President Antón Castillo’s only son, Diego, has just turned thirteen. But this birthday is more than a celebration—it’s a rite of passage. Antón wishes to teach Diego important lessons in leadership and recounts cautionary tales he has heard about the undoing of three legendary men: Vaas Montenegro, a pirate, Pagan Min, a dictator, and Joseph Seed, a preacher.

A mini-series of 3 issues, you can expect to see Far Cry: Rite of Passage #1 in stores this May the 19th. As for Far Cry 6 itself, that’ll be along right after that, on May the 26th. So it’ll be a pretty big month for Far Cry fans.

Jason's been knee deep in videogames since he was but a lad. Cutting his teeth on the pixely glory that was the Atari 2600, he's been hack'n'slashing and shoot'em'uping ever since. Mainly an FPS and action guy, Jason enjoys the occasional well crafted title from every genre.
@jason_tas
Previous Street Fighter V celebrates year 5 with the return of a classic
Next DST previews fall ’21 lineup with GI Joe, Transformers and more 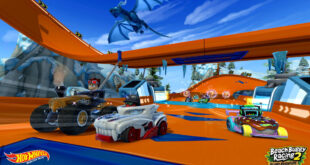 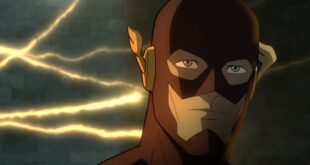 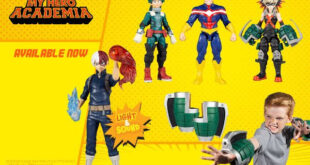 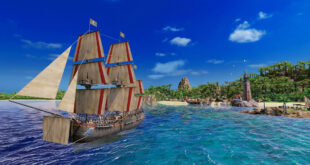