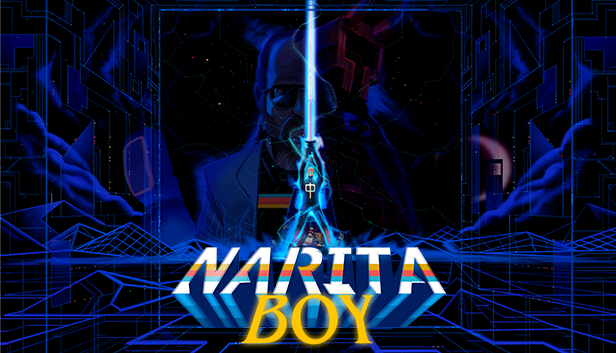 A love-letter to the 80s era of gaming and pop culture, Narita Boy is looking like it might be a side-scrolling platformer to keep an eye on.

Narita Boy puts players in the shoes of the eponymous digital warrior chosen to wield the Techno-Sword, a legendary weapon capable of defeating fearsome foes in melee or from afar as it instantly transforms into a shotgun or devastating laser beam. By using this new weapon and with the help of the Motherboard, the spiritual leader of the Digital Kingdom, players will face corrupted enemies and hulking bosses to save the electronic synthwave world from the invading Stallions, a group of rogue code bent on forced rule and subjugation. During the journey, players will also explore the memories of the creator that reveals his story, from his early years in Japan, to his creation of – and connection with – the Digital Kingdom.

From Team17 and Studio Koba, Narita Boy is set to arrive on the PC (Steam), PS4, and Xbox One. Even better, it will be a day-one Gamepass inclusion for both the Xbox and the PC. No release date just yet for Narita Boy, but you can expect to see it arrive some time this spring.

Jason's been knee deep in videogames since he was but a lad. Cutting his teeth on the pixely glory that was the Atari 2600, he's been hack'n'slashing and shoot'em'uping ever since. Mainly an FPS and action guy, Jason enjoys the occasional well crafted title from every genre.
@jason_tas
Previous Graven rises from its grave with a fresh PC demo today
Next Nintendo Download: Light My Fire