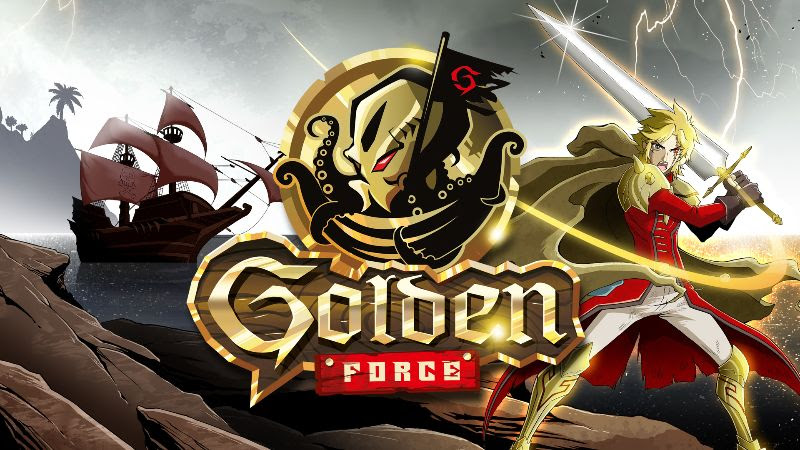 Chop the tentacles of a Kraken-like monster, perform complex combos, slides, and dash attacks. Defeat mini-bosses and peel the skin off up to the skull of giant and powerful main enemies. Join the intense action to discover many different areas to unlock, with funky names like Nacho Island ruled by a Salsa General. Complete all stages with the best time, combo count, and all of the coins in your pocket. Grab collectibles and throwable items that will aid you in battle. Swim and attack underwater (beware of bloodthirsty fish!), dash over spiky obstacles, and try not to harm any kittens in the process (well, you can and there’s no penalty, but it’s definitely heartbreaking). Finally, overcome the Demon King!

Golden Force is set to arrive on the Switch as of January 28th. You can nab a copy for 20% off the ticketed price though, by pre-ordering now. Want 40% off? If you own any other games from No Gravity Games on the Switch, then you’re up for it.

Jason's been knee deep in videogames since he was but a lad. Cutting his teeth on the pixely glory that was the Atari 2600, he's been hack'n'slashing and shoot'em'uping ever since. Mainly an FPS and action guy, Jason enjoys the occasional well crafted title from every genre.
@jason_tas
Previous Kingdoms of Amalur coming to Switch in March
Next Monster Energy Supercross 4 revs up for pre-order