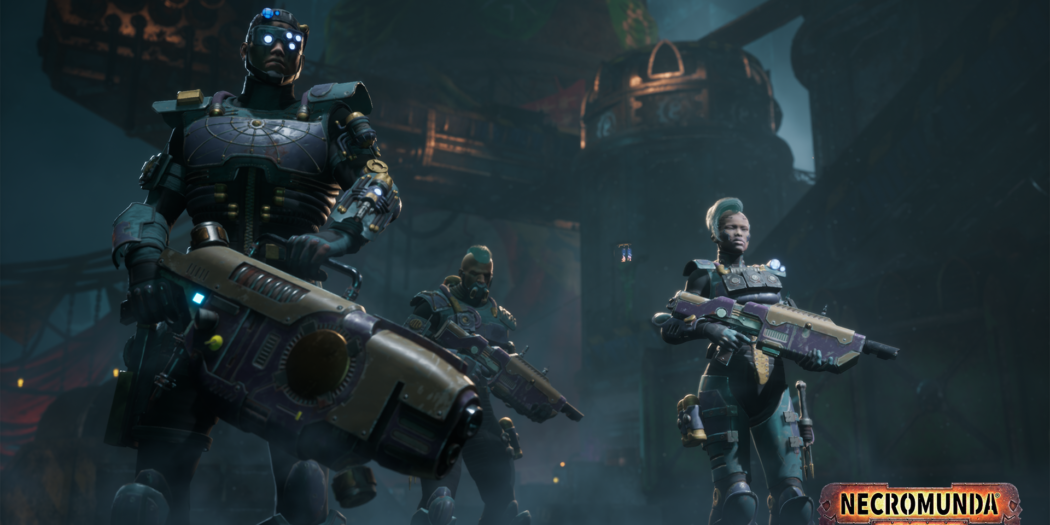 Released just a short time ago, the video game adaptation of Games Workshop’s Necromunda tabletop game is getting a fresh gang.

Necromunda: Underhive Wars is the latest in a long series of tabletop-to-video game adaptations of Games Workshop’s classic properties. Set in the Warhammer 40K universe, Necromunda is pretty unique among all however. It doesn’t focus on massive wars, or military battles, or claustrophobic bug hunts, but gang warfare.

Taking place in the seedy underbelly of a mighty mega-city, Necromunda originally placed gamers in control of one of three gangs. But that was upon release, and now fans are getting one more. That would be House Van Saar.

The Van Saar bring a new twist on the signature freedom of movement, tactical depth, and verticality of Necromunda: Underhive Wars. Clad in their signature suits of armour, they are ranged specialists with a penchant for trading movement for further firepower. They’ll blast their enemies away without a second thought, crushing them beneath a wave of lasfire, improvised explosives, bolter shells and automated turrets.

The Van Saar also allow for the same suite of heavy cosmetic and gameplay customisation as all Necromunda’s gangs. Recruit, customize and grow fighters to create a truly unique and dangerous gang through your own choices of careers, traits, skills, equipment pieces, offensive and tactical consumables, colour schemes, and much more! The choice is yours.

The Van Saar gang arrives for all versions of Necromunda: Underhive Wars on December 14th. The base version of the game is out now for the PC, PS4, and Xbox One.

Jason's been knee deep in videogames since he was but a lad. Cutting his teeth on the pixely glory that was the Atari 2600, he's been hack'n'slashing and shoot'em'uping ever since. Mainly an FPS and action guy, Jason enjoys the occasional well crafted title from every genre.
@jason_tas
Previous The Nightmare Before Christmas Advent Calendar (Book) Review
Next Zombie Army 4’s latest campaign mission launches its Alpine Blitz