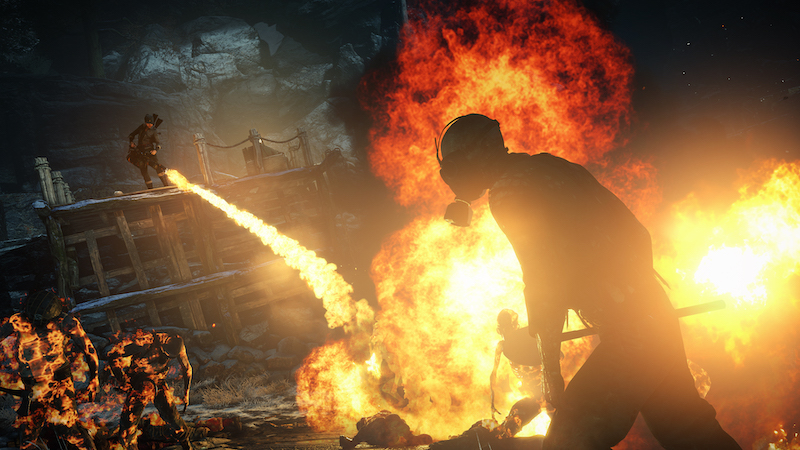 Season 2 of Zombie Army 4 rolls on with a… zombie Zeppelin? Yep, that’s the centerpiece of Alpine Blitz, the second mission of Death from Above.

Zombie Army games just keep on going, and the latest is expanding yet again. Season 2 of Zombie Army 4 is officially titled Death from Above, and now has its second mission with Alpine Blitz.

While the dirigible is arguably the coolest element at play, it’s far from alone. The mission has players fighting their way through a trail that’s overrun with zombies, all while that Zeppelin lurks overhead.

Alpine Blitz is the second mission in Season two’s thrilling new Death from Above campaign. Having fought your way through hell frozen over in the Alps, you and your team of deadhunters find yourselves besieged by an undead flying object; a zombie dirigible.

Fight your way through a zombie-infested train while the looming airship threatens to lay waste to the track. Can you survive long enough to reach a nearby airfield for help, or will the satanic zeppelin rain death on you and the Resistance?

But the above is not all that is hitting for Zombie Army 4. A whole mess of “holiday”-themed goodies have arrived as well, including a Santa hat. And really, what’s better than laying waste to hordes of the undead while wearing some festive headgear?

Here’s what’s included in the pack:

All of the above is available right now for use with Zombie Army 4: Dead War. The game is available for the PS4, Xbox One, PC, and Stadia.

Jason's been knee deep in videogames since he was but a lad. Cutting his teeth on the pixely glory that was the Atari 2600, he's been hack'n'slashing and shoot'em'uping ever since. Mainly an FPS and action guy, Jason enjoys the occasional well crafted title from every genre.
@jason_tas
Previous House Van Saar comes to Necromunda next week
Next Nintendo Download: Heaven and Hell Collide While Puzzle Legends Twist and Slide