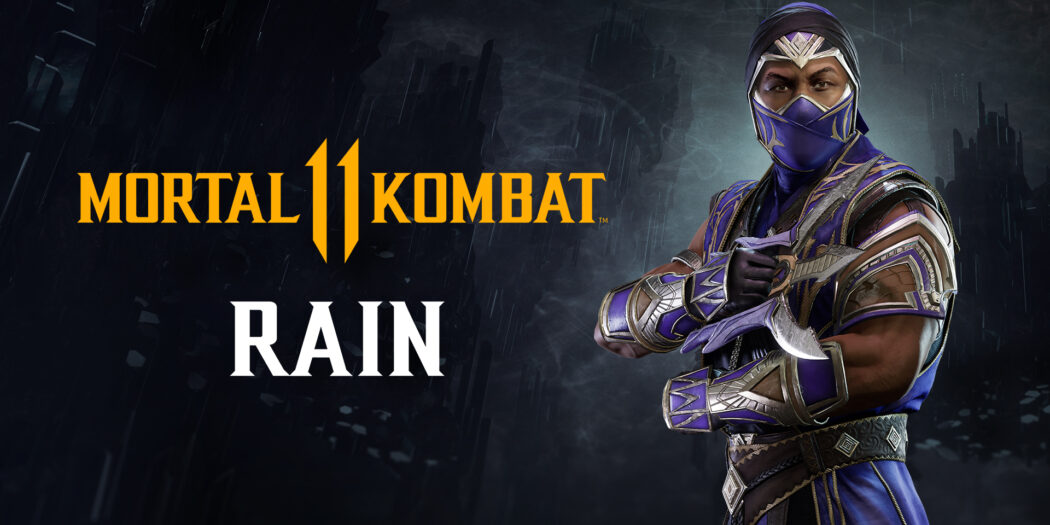 If you missed the news a short time ago, Mortal Kombat 11 is expanding again. A trio of new fighters are coming to the game, including Rain.

So we actually did miss this news when it happened last week. Or at least, we missed posting about it, so hopefully you caught it elsewhere. The bottom line though, is that MK11 is getting three new fighters as a part of the Kombat Pack 2 and Mortal Kombat 11 Ultimate.

Those include series-fave Mileena, John Rambo (yes that one, complete with Sly’s voice), and Rain. And it’s that last character that developer NetherRealm has chosen to show off first.

Here’s your first look at the soppy warrior in action:

As the son of the god Argus, Edenia’s divine Protector, Rainwields a magical power allowing him to harness water and lightning, open dimensional rifts to a previously unknown water realm and even liquefy himself to avoid attacks. He is also equipped with a deadly katar to slash and stab opponents as he fights for his place in Edenia’s pantheon. Rain joins the roster as a new playable fighter on 17th November as part of Mortal Kombat 11 Ultimate and Kombat Pack 2.

As you can see above, there are a few ways to add Rain to your MK11 experience. For starters, there’s as a part of the Kombat Pack 2, which includes the aforementioned 3 characters. Then though, there’s the Mortal Kombat 11 Ultimate edition too.

Either of those will get you the new fighters. But of course you’ll probably want to go the upgrade route instead of buying a new copy of MK11 if you already do have that base game.

Also worth noting is that MK11 is now next-gen ready. Whether you pick up a PS5 or an Xbox Series X|S, you’ll be able to play the game with enhancements exclusive to those consoles.

Mortal Kombat 11 Ultimate and the Kombat Pack 2 are both set to release on November 17th. Expect them for the PS5, PS4, Xbox Series X|S, Xbox One, Nintendo Switch, PC, and Stadia.

Jason's been knee deep in videogames since he was but a lad. Cutting his teeth on the pixely glory that was the Atari 2600, he's been hack'n'slashing and shoot'em'uping ever since. Mainly an FPS and action guy, Jason enjoys the occasional well crafted title from every genre.
@jason_tas
Previous Trailer: Modus Games’ Cris Tales delayed into 2021
Next Squad-based MMO shooter Enlisted joins Xbox Series X