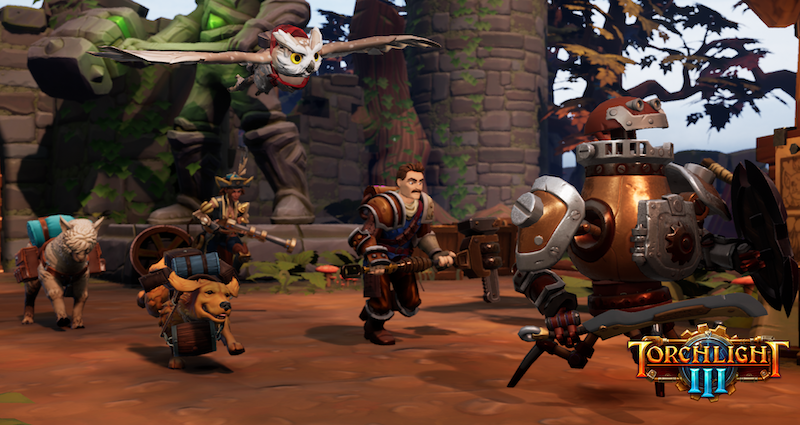 Torchlight III debuts on consoles and PC, Switch next week

The day has finally arrived, brave adventurer. Perfect World’s Torchlight III is here, and it’s looking like more of what fans have been asking for.

It doesn’t seem like all that long ago that Perfect World announced that they’d be reconfiguring their forthcoming Torchlight game. Originally, it was to be a multiplayer-only, online affair, if you recall.

But that didn’t sit so well with fans of the series, who were hoping for a true sequel to Torchlight II. And that’s just what they’ll be getting with Torchlight III, which is available now.

The whimsical universe of Torchlight is back in Torchlight III! It’s been over a hundred years since the events of Torchlight II, where the great heroes of Torchlight defeated The Dark Alchemist and sealed the Netherlord’s heart inside the Clockwork Core. The heroes brought peace to the world of Novastraia, but now the Netherim have returned and the Ember Empire finds itself on the brink of collapse. To save Novastraia, players have to gather their wits and brave the frontier as they search for fame, glory and new adventures to become the legends the world needs them to be.

The game brings back the same classic gameplay as before, though with some new additions. You’ll be able to play as one of four classes: Dusk Mage, Forged, Railmaster, and Sharpshooter. Just as before, you’ll have a pet companion too, with a “fluffy alpaca, a swift owl or a loyal canine retriever”.

There are a few holdovers though, from the game’s online origins. Namely, there’s a fort-building element and you’ll be able to play 4 player co-op online. So it’s kind of the best of both worlds.

Torchlight III is available now for the Xbox One, PS4, and PC. There is a Switch version coming up as well, though that arrives on the 22nd.

Jason's been knee deep in videogames since he was but a lad. Cutting his teeth on the pixely glory that was the Atari 2600, he's been hack'n'slashing and shoot'em'uping ever since. Mainly an FPS and action guy, Jason enjoys the occasional well crafted title from every genre.
@jason_tas
Previous G.I. Joe: Operation Blackout brings the Joes back to gaming today
Next Samurai Showdown art book coming up from Dark Horse