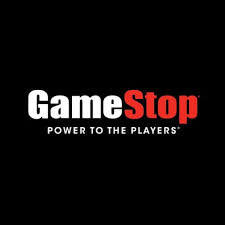 The pandemic has exacerbated an already tough situation for GameStop, as the video game chain looks like it’ll be closing quite a few locations.

The… interesting retail times continue, though this one might not be too much of a shock to anyone. GameStop hadn’t been in the best of situations over the last few years as it was, and has been planning on a revamp of its retail locations. It certainly seems as though, that the pandemic and lockdowns have taken their toll.

In a statement to investors, the company CEO George Sherman revealed some good news, but also that it will be closing a whole mess of stores. Globally, GameStop will be looking to shutter some 400 to 450 stores. Again, this is globally, so don’t think that 450 stores will be closing in the US alone.

Still, that’s a lot of stores. And the reason is something that Sherman calls “de-densification”. That seems to be exactly what it sounds like, a pairing down of GameStop’s operations. What it is not though, is a ceasing of operations.

Both gamers and the gaming press seem to question GameStop’s existence on a daily basis, but it’s still very much around. And yes, at least in the short-term, it’ll still have physical storefronts too.

Jason's been knee deep in videogames since he was but a lad. Cutting his teeth on the pixely glory that was the Atari 2600, he's been hack'n'slashing and shoot'em'uping ever since. Mainly an FPS and action guy, Jason enjoys the occasional well crafted title from every genre.
@jason_tas
Previous Images of G.I. Joe Retro wave 2 leak, include Roadblock, Scarlett, Destro
Next Udon x Capcom Sketchbook Beta online exclusive arrives