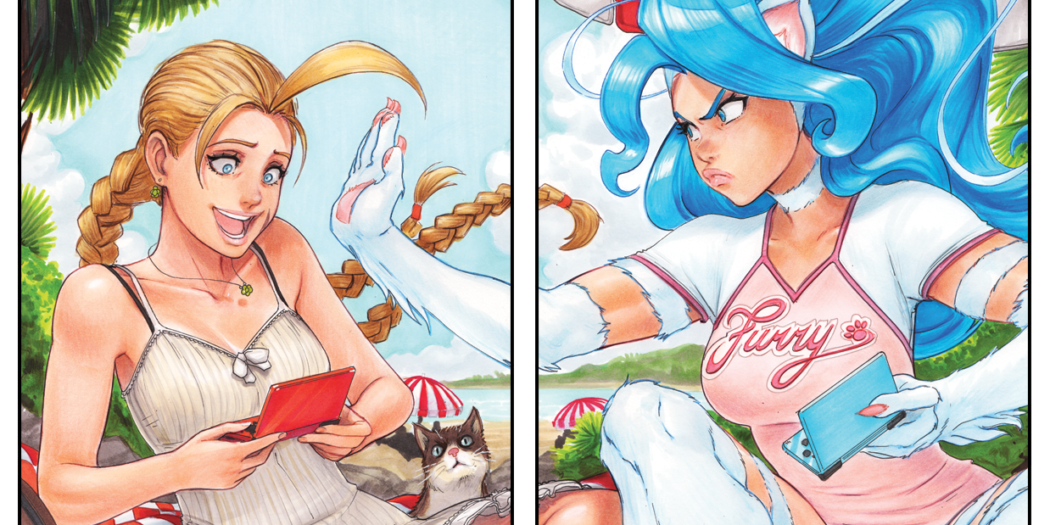 If you’re a Capcom fan, you know Udon well, and now the publisher has a fresh sketchbook arriving featuring the art based on the video game giant.

So Udon x Capcom Sketchbook Beta is a little different than the usual art books that you’d see coming out of Udon. Namely, that’s because this is a sketchbook. And yes Udon is taking that very literally.

This new book loaded up with Capcom-centric sketches from famed artists, but it’s actually a lot cooler than it even sounds. The book has “convention sketches, rough drafts, original line art, and character designs produced by the UDON crew and friends of the studio”.

Even cooler is that not everything in the book is the usual digitally-created stuff. There are pieces in this one that are scanned from pencil art and even markers, according to the publishing house. Cool stuff there.

Today’s reveals from the book do include some interior pages, but also a set of covers. Cover A and B will feature the art of Omar Dogan, as he presents Cammy and Felicia, from Street Fighter and Darkstalkers respectively. And as you can see, they do connect to make one larger image.

Cover C meanwhile starts Darkstalkers’ favorite succubus Morrigan. This one is from Rob “Robaato” Porter, and will be super limited, to just 150 pieces.

Out right now, you can order a copy of any of the above here, on Udon’s online store. And as for those interior page samples, you can check those out below.

Jason's been knee deep in videogames since he was but a lad. Cutting his teeth on the pixely glory that was the Atari 2600, he's been hack'n'slashing and shoot'em'uping ever since. Mainly an FPS and action guy, Jason enjoys the occasional well crafted title from every genre.
@jason_tas
Previous GameStop to close hundreds of stores
Next Immortals Fenyx Rising art book coming up