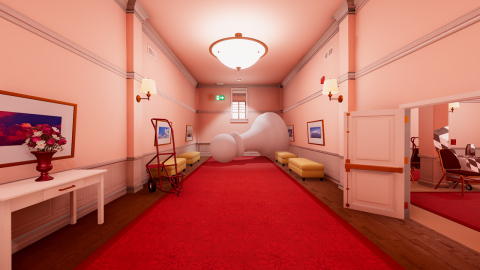 Catherine strikes me as one of the stranger titles to see the light of day. It was released a while back, and yet I’m still not 100% sure what it exactly is. Is it a puzzler? An adventure game? Actually, it’s billed as both, plus with some action on top.

But even though I am in the dark on the game, Catherine has a pretty decent fanbase. So decent in fact that it got a sorta re-release. That comes in the form of Catherine: Full Body, which hits Nintendo’s console this week.

This is usually the part of the Download where I say that ‘it’s not alone’, but it kinda sorta is. That’s due to the rest of the list being a bit more than anemic (though Superliminal looks interesting).

There just isn’t much hitting in this Independence week (in the US). That’s not to say there aren’t some other games posting, there just aren’t many, and what there are, well, they’re not all that notable.

Still, maybe you’ll find a diamond in the rough.

Jason's been knee deep in videogames since he was but a lad. Cutting his teeth on the pixely glory that was the Atari 2600, he's been hack'n'slashing and shoot'em'uping ever since. Mainly an FPS and action guy, Jason enjoys the occasional well crafted title from every genre.
@jason_tas
Previous Celebrate 10 years of PS+ with Tomb Raider, NBA 2K20, and Erica
Next Marvel Comics gets Alien and Predator