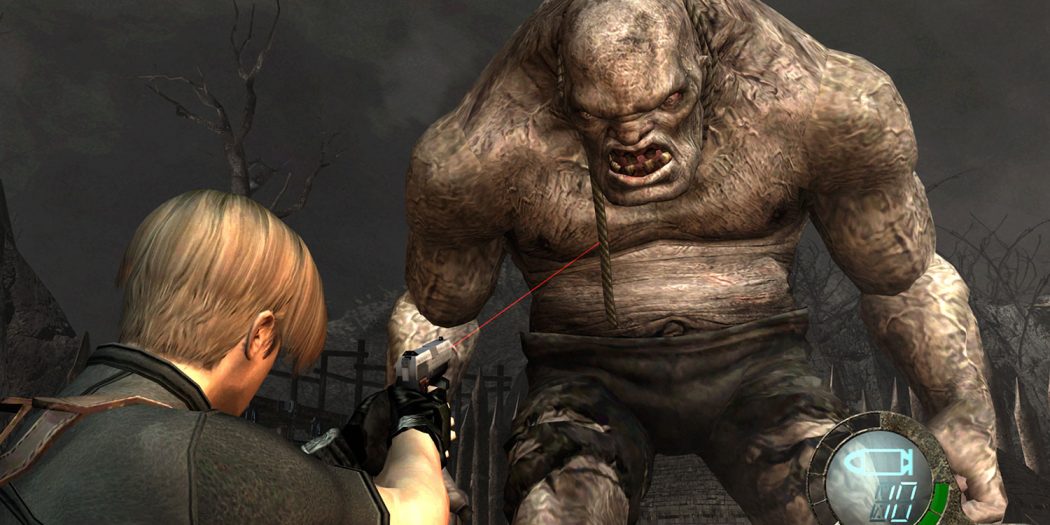 Is a Resident Evil 4 Remake on the way?

Rumors are bubbling up that Capcom is working on not just RE8, but yet another remake. This time, their focus could be Resident Evil 4.

As the Resident Evil series goes, it’s so far been through two pretty big evolutions. The saga started as a slow-paced, survival horror affair, before making a change of pace into a more action-oriented series, before slowing down again with its jump into first-person horror.

But while that first-person leap might be the most recent, it just might be Resident Evil 4’s more action-y approach that made the biggest impact. A revelation (no pun intended), the one-time GameCube exclusive put players back in the shoes of RE2’s Leon Kennedy.

Word now is that Capcom is bringing all that back one more time, while at the same time, they’re working hard on an eighth entry in the series. It looks like they have once again contracted out development for the remake of Resident Evil 4.

So no Code: Veronica then?

No, it looks like we won’t be getting that Code: Veronica Remake that we’ve seen fans asking for. But one thing that should get fans excited, even if they didn’t really want an RE4 Remake, is that the dev squad is reportedly made up of not just Capcom team-members.

Allegedly, PlatinumGames vets are onboard as well. That could make for some very interesting opportunities to spice things up, especially for a game that’s more action than horror. If you’re unaware, Platinum is the studio behind the Bayonetta titles. I can’t imagine anything that wild working itself into RE4, but getting more fast action into the gameplay in general seems like it could be a good idea.

In any event, you can read a ton more on this via the link below, which leads to the rumor reporting site, VGC. And as soon as there’s anything official, we’ll have it for you here.

Jason's been knee deep in videogames since he was but a lad. Cutting his teeth on the pixely glory that was the Atari 2600, he's been hack'n'slashing and shoot'em'uping ever since. Mainly an FPS and action guy, Jason enjoys the occasional well crafted title from every genre.
@jason_tas
Previous Gentle Giant reveals Ahsoka’s Clone Trooper bust
Next Boot Hill Bounties brings the old west to JRPGs