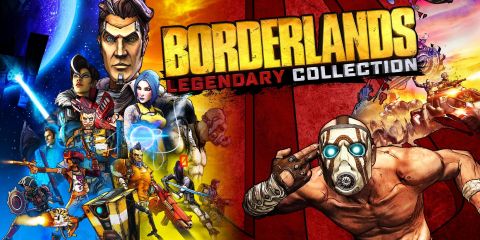 A monster amount of games were announced as heading to Nintendo’s Switch today, including BioShock, XCOM, and more Star Wars classics.

Well, this was a nice little day-brightener for Switch gamers. Nintendo’s latest console had a monster series of announcements today, all of which came via a special “mini” Nintendo Direct presentation. A number of ports were on the list today, but also some new titles, along with plenty of surprises.

Scroll down for the full story on what’s out now and what’s coming up.

**Full version of game required to use DLC for that game. Sold separately.

Jason's been knee deep in videogames since he was but a lad. Cutting his teeth on the pixely glory that was the Atari 2600, he's been hack'n'slashing and shoot'em'uping ever since. Mainly an FPS and action guy, Jason enjoys the occasional well crafted title from every genre.
@jason_tas
Previous Check out the Arkade Blaster in action, playing Doom Eternal
Next Tekken 7 and Soul Calibur VI DLC roundup