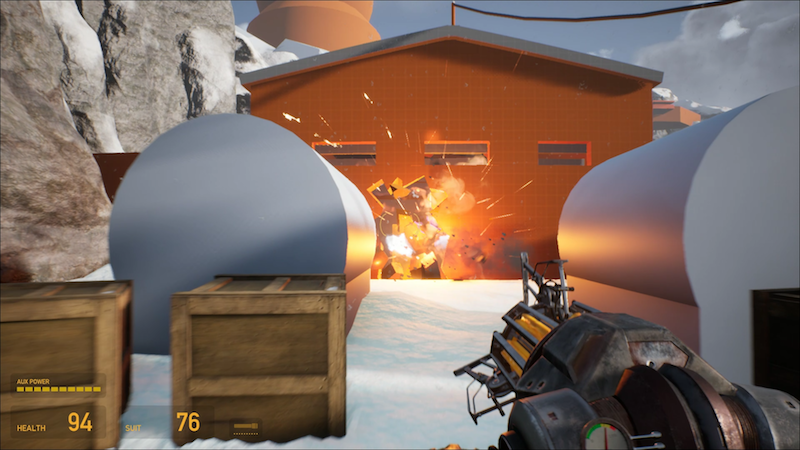 Project Borealis: Epistle 3 is still on the way for PC gamers. For now, the unofficial expansion seems like the only way to get some closure on HL2.

If you’re unfamiliar with what Project Borealis is, the explanation is a simple one. Since Valve has seemingly given up on pursuing the ending of Half-Life 2, which would have been Episode 3, Project Borealis: Epistle 3 is picking up that task.

Yes, it’s completely unofficial. Borealis doesn’t even use the Half-Life name for what I assume are legal reasons. But nonetheless, the pack is as unofficially-official as it can get. Borealis features writer Mark Laidlaw’s Epistle 3, which he released to the public back in 2017. If you don’t know what that is, it’s also a simple answer – it’s his script to Half-Life 2: Episode 3 that Valve decided not to use.

The latest update from the 100 fan-strong Project Borealis team includes a brand new area. It’s an ice cave and Combine base that Freeman is breaking into.

Before you watch, it’s not even close to being done. Much of the footage includes raw elements, which probably indicates a finished Epistle 3 is still a good way off. It’s also not being created in Valve’s Source Engine, but in Unreal Engine 4. Though the team says that the Epic-made engine is being tweaked to become as close to Source as possible.

Obviously too, there’s no release date as of yet for Epistle 3. Still, from the looks of this video, it’s shaping up nicely.

Jason's been knee deep in videogames since he was but a lad. Cutting his teeth on the pixely glory that was the Atari 2600, he's been hack'n'slashing and shoot'em'uping ever since. Mainly an FPS and action guy, Jason enjoys the occasional well crafted title from every genre.
@jason_tas
Previous Todd McFarlane to pencil historic Spawn #301
Next Second Harley Quinn-centric Black Label book on the way