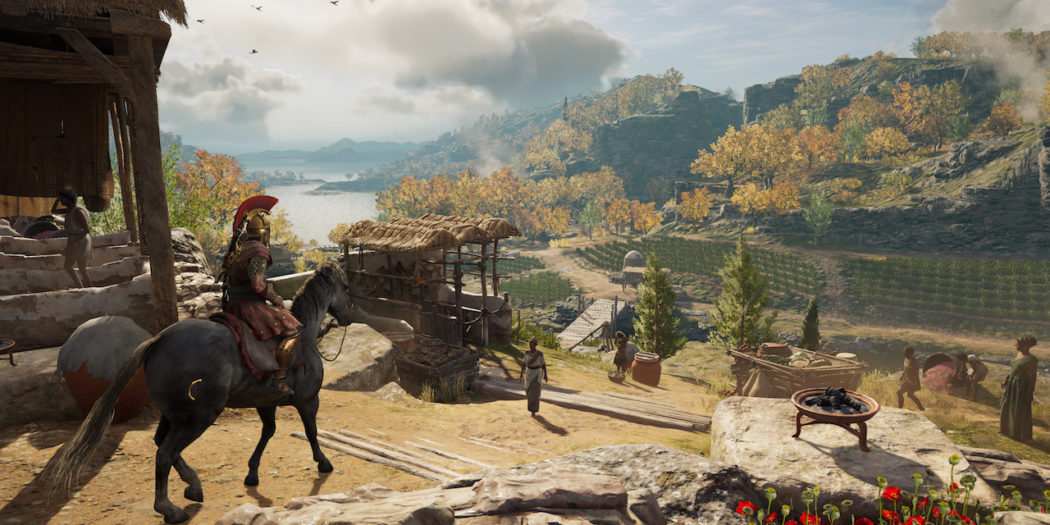 A shock GotM vote turned underdog Assassin’s Creed Odyssey into our Game of the Month over juggernaut Red Dead Redemption 2.

I don’t think it’s a stretch by any train of thought to have just assumed Red Dead Redemption 2 would have taken home Game of the Month for us in October. It seems like it should have been a foregone conclusion since the game has pretty much cleaned up as to reviews across the board. That’s not entirely true here at BG however.

Our Snapshot review wasn’t totally glowing. And though it was positive on the whole, an opinion piece from that same reviewer after additional play pinned it as “bad, actually“. Now don’t rush to judgement, you’ll want to actually read what Erich had to say before you proclaim his opinion faulty. I wasn’t much into Rockstar’s latest to begin with, but what he had to say made good sense to me.

In any event, BG has more than just two people on its staff. And that includes some that are head over heels for Red Dead 2. As things came down to the wire in our vote, it was tight indeed, but events saw the western epic edged out by the majesty of Ubosoft’s ancient Greece.

And that means Brutal Gamer’s Game of the Month for October 2018 is Assassin’s Creed Odyssey.

We didn’t run a review for Odyssey, Snapshot or standard. There’s no specific reason for that, as it’s a magnificent game. It just shook out to be that no one was able to get to it.

Much like with Origins in 2017, Odyssey is an amazing recreation of ancient Greece. I’ve managed to play it since its release, and can attest to it being packed with detail, a cool main quest that ties Greek myth into the Assassin’s universe, and containing some absolutely stunning graphics. It also has more to do than I will certainly ever complete, but that’s a separate issue. Simply put, it’s a great time and I’m having a blast with it.

But if Odyssey was the Game of the Month, then that probably means that you know what title took home second place.

RDR2 is a techinal masterpiece. With hundreds of animals, weapons and ways to be a rootin’ tootin’ cowboy, the game really stands out as one of the greats of this year. Coupled with God of War and Spider-Man, this is one of the best years for “mature” games in quite some time.

Even when the game is committing sins of being slow and getting me in trouble for townsfolk who can’t stick to the road, the game is a marvel. It sucks me in and doesn’t let me out again easily. Going in, I admitted that I was not the biggest fan of westerns, but RDR2 has opened my eyes to the genre.

RDR2 is not going to be for everyone. It is massive and unapologetically western. The narrative deals in some questionable activities and degenerate characters, but the whole thing feels alive.

If you are someone with the hankering for a new game to play, I have a hard time thinking RDR2 will disappoint you, especially if my drawbacks aren’t deal breakers.

From our SnapShot review

Jason's been knee deep in videogames since he was but a lad. Cutting his teeth on the pixely glory that was the Atari 2600, he's been hack'n'slashing and shoot'em'uping ever since. Mainly an FPS and action guy, Jason enjoys the occasional well crafted title from every genre.
@jason_tas
Previous Today’s Entertainment Earth doorbuster is Jurassic World’s Super Colossal T-Rex
Next DC Comics to join with WB at Comic Con 2019 for one big super-booth