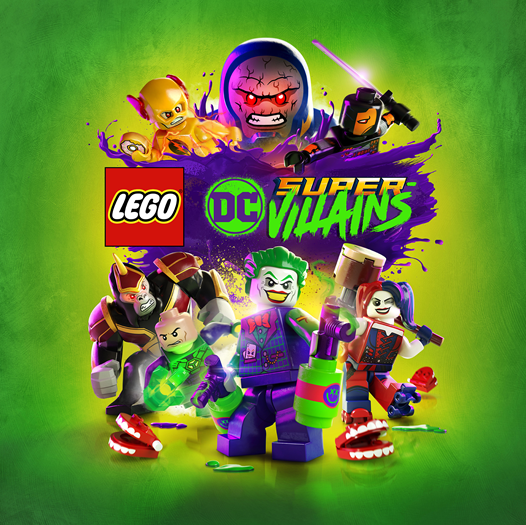 One of the coolest looking LEGO games in years, LEGO DC Super Villains is about to hit consoles and the PC. Take a look at Luthor and crew in action.

For those who mighty be out of the loop, LEGO DC Super Villains adapts the Forever Evil storyline from the comics to the “LEGO” DCU. While it’s a lot more comical and a ton cuter, the main themes look intact.

That means that the Justice League has vanished, and in it’s place is the Syndicate. Yes, those are the bad guys. The Justice Syndicate is a mirror image of the League, and not in a good way. The only ones catching on? The bad guys.

The villains of the DCU are the heroes this time around. It’s up to Lex Luthor and his team to take down this oppressive new force… and maybe take over the world in the process. Hey, it could happen.

One of the coolest things about this particular adventure is that you make your own villain. Your creation will have a unique look and power set, all of which is set by you. That’s a first for LEGO titles, and looks to make this new adventure one of the more memorable LEGO games in years.

Jason's been knee deep in videogames since he was but a lad. Cutting his teeth on the pixely glory that was the Atari 2600, he's been hack'n'slashing and shoot'em'uping ever since. Mainly an FPS and action guy, Jason enjoys the occasional well crafted title from every genre.
@jason_tas
Previous Buy Call of Duty: Black Ops 4 at Walmart and level up faster
Next THQ Nordic talks Darksiders III DLC plans