Holy smartwatch Batman! One61’s new line focuses on the television versions of DC superheroes. We take a look at the Batman ’66 edition in this review.

Smartwatches are as ubiquitous as anything else these days. I’m not really familiar with sales figures on the things, but the Apple Watch looks to be the most popular of the luxurious smartwatches, leading a charge that’s seen a whole mess of the diminutive devices hit the market. Though there are many players now in the market they still hold the top spot.

I have a few at this point, and have already reviewed a couple. Though I have to admit they did take some getting used to. I like to switch watches into and out of rotation, and when I bought my Apple Watch I fell into this zone where I only wore the one. It took a while till I started rotating watches again.

And I have to admit that I have the temptation again with One61’s offering here. In many ways, it’s even more elegant of a smartwatch than any other that I’ve owned. 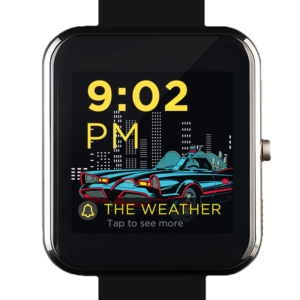 The initial volley of DC-licensed watches from One61 is pretty cool. It includes the movie Wonder Woman, CW Flash, and of course Batman.

The Batman watch is based on the classic Batman ’66 property. That translates to some cool ’66 imagery appearing on screen, with video clips and sounds from that iconic show.

There’s also a kind of game built in. Based on fitness goals, the game allows users to “capture” The Joker. It’s simple stuff to set up, though the one caveat is that the game only works with walking. There are no settings for other kinds of workouts.

Again though, it is extremely easy to use. You just set your step goal for the day, then try to hit it. If you do, you win. It’s not a huge deal, but it’s a pretty cool little extra to push you towards getting a little more fit. And hey, it’s way more fun than the usual stuff you get with these things. On top of that, the watch also can track your sleep quality, and does offer movement reminders.

While the Batman license is used really well here, it appears nowhere on the actual physical watch. All of the imagery appears purely on the screen. While that might be a little bit of a bummer for some fans, I actually really like the decision. This way, you can be kind of stealth about the geekiness of your watch.

The body of the watch itself is “zinc alloy and plastic”, with a plain black silicone band. It’s a lower profile than the larger version of the Apple Watch, though it’s roughly the same size in other ways. For some reason I keep thinking it’s much bigger than the Apple, but it’s actually  not by much.

Overall it feels as sturdy as any other smartwatch I’ve worn, and it’s very light weight. That translates to it being an extremely comfortable watch to wear. If the silicone band didn’t stick to my wrist, I’d never have even noticed it.

Of course, the One61 watch connects to your phone via Bluetooth to do everything that I was talking about earlier. Both iOS and Android handsets are compatible, and there’s a wide range of stuff that you can tap into once you connect.

Pretty much anything that you might be used to getting from a smartwatch you can get from One61’s line. That includes taking calls, interacting with email, getting social media notifications, and more. You can even control your tunes via the watch, which I think is pretty cool given that it’s not first party.

So there are some little issues with the watch, but they’re mostly nitpick. And they honestly do little to damage it as a great piece of hardware. Especially for Batman fans, this is a great timepiece that could easily become your favorite piece of wrist-wear.

Sample provided by One61 for review

If you're a Batman fan and are looking for a smartwatch compatible with either iOS or Android, look no further. One61's Batman watch is a winner, with a great spread of app interactivity and a cool all-black look. I had such a great time with it, that the Batman '66 themed imagery, faces, and clips seemed like just icing on the cake.

Jason's been knee deep in videogames since he was but a lad. Cutting his teeth on the pixely glory that was the Atari 2600, he's been hack'n'slashing and shoot'em'uping ever since. Mainly an FPS and action guy, Jason enjoys the occasional well crafted title from every genre.
@jason_tas
Previous TGS Devil May Cry V trailer shows off Dante’s moves, new weapons, and… a Mega Buster?
Next The Beatles Yellow Submarine (Graphic Novel) Review 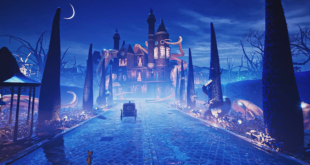 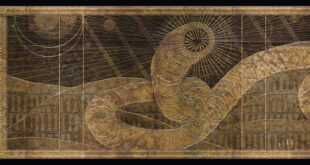 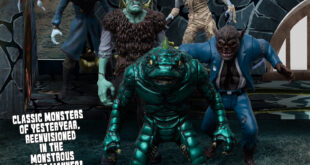 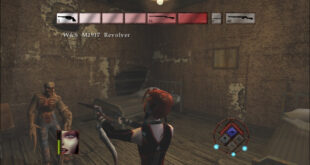