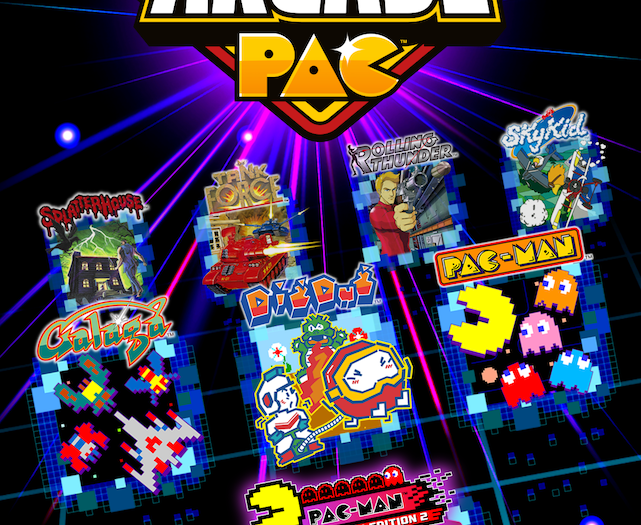 Announced last week, Bandai Namco will be bringing its own collection of arcade classics to the Nintendo Switch. The Namco Museum Arcade Pac is on the way.

Since there’s clearly not going to be a Virtual Console on the Nintendo Switch, we’ve seen some publishers taking the task of supplying classics on themselves. Sega is set to commission their own lineup soon, and there are already the Neo Geo and Johnny Turbo series’. And that’s not counting Capcom’s trio of collections with Mega Man, Mega Man X, and Street Fighter.

Well, add one more to the list. Bandai Namco’s Namco Museum Arcade Pac will hit the Switch as an exclusive, and offer some classics from the glory days of the arcade. There are some gems on this cart too.

Yeah, I wish this list was a little deeper, with the rest of the Splatterhouse titles on there, but it’s not bad at all. Also kind of cool is that you can choose either a horizontal or vertical screen orientation while in handheld mode. So you can actually play the classics as they were meant to be played.

Jason's been knee deep in videogames since he was but a lad. Cutting his teeth on the pixely glory that was the Atari 2600, he's been hack'n'slashing and shoot'em'uping ever since. Mainly an FPS and action guy, Jason enjoys the occasional well crafted title from every genre.
@jason_tas
Previous Giant 100 page DC Comics issues coming to Walmarts this summer
Next Mario Tennis: Aces (Switch) Review