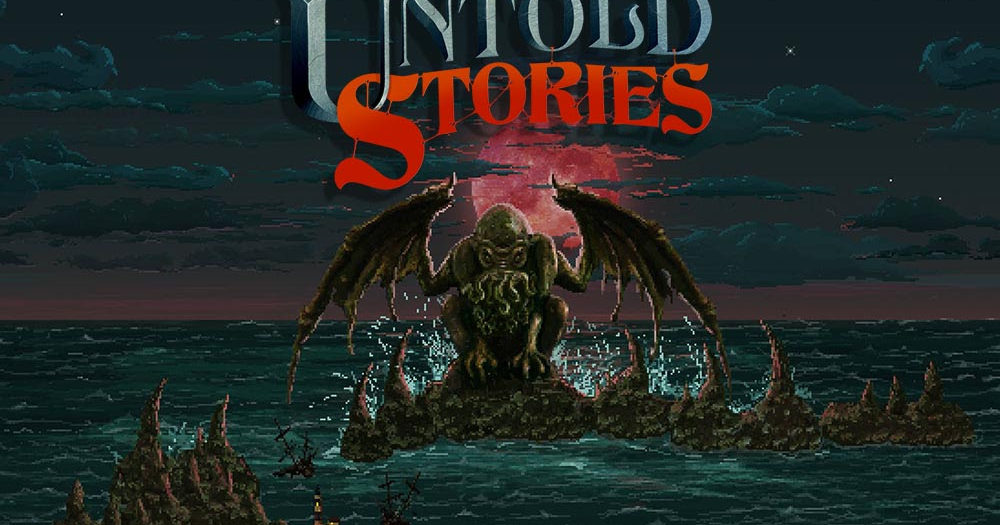 What horrors lurk in the deep dark? Well, if you really want to know then you might want to check out the all-new Lovecraft’s Untold Stories on PC. It’s just hit Early Access.

Welcome, investigators. You already know: the universe is not what it seems. Lurking in its deepest shadows, hiding behind imposible corners, bubbling and crawling in the cracks between dimensions, sleeping lifeless dreams under the waters, there are ancient terrors that once ruled the Earth — and that will come back some day to claim what was theirs. It is imposible to defeat forever such powers as the Old Ones and the Outer Gods. We all know that, in the end, death and madness awaits us all. But maybe we can delay the inevitable…

Looks pretty neat. I’m not much for rougelikes, but Blini Games’ newest looks flat out cool. Not only does it have the Cthulhu mythos behind it, but it has a great retro-like look to it. It’s also an action/RPG, so there’s a decent amount of stuff to do promised.

The game is available right now in an Early Access form, though it won’t linger there for long. Blini says that this’ll be the title’s state for only about 3 or 4 months, after which they’ll be taking it full retail. So if you want in on what looks to be a pretty nice looking Lovecraftian romp, now might be the time.

Jason's been knee deep in videogames since he was but a lad. Cutting his teeth on the pixely glory that was the Atari 2600, he's been hack'n'slashing and shoot'em'uping ever since. Mainly an FPS and action guy, Jason enjoys the occasional well crafted title from every genre.
@jason_tas
Previous Sonic Mania Adventures part 4 focuses on Mighty and Ray – and Metal Sonic
Next Rey Mysterio is WWE 2k19’s first pre-order bonus grappler