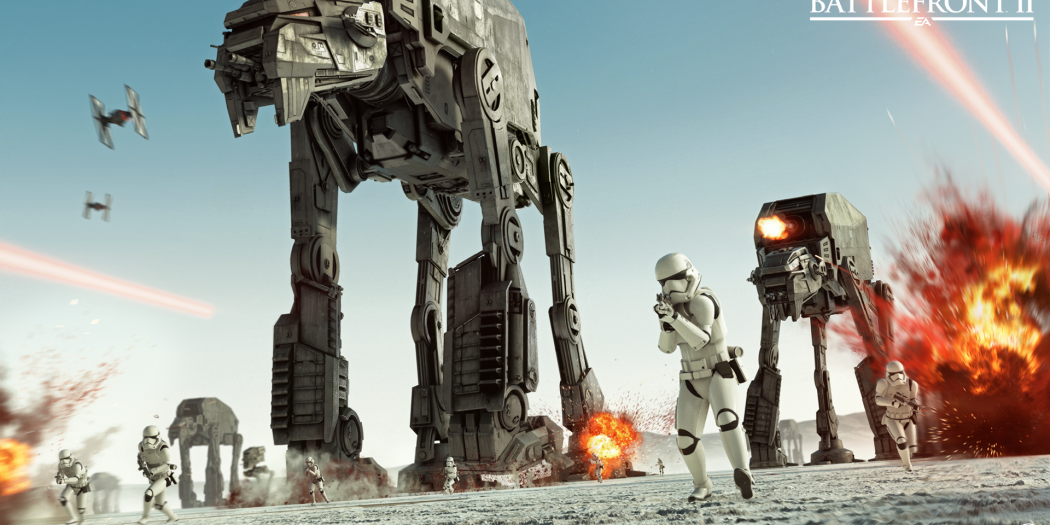 Battlefront II continues with next week’s The Last Jedi season

Looks pretty good, though there’s still so much negativity surrounding Battlefront II I’m not sure how many fans will be open to digging in. Still, as I mentioned, this new expansion for EA’s latest Star Wars title does offer up some cool stuff.

The Last Jedi content is nice in and of itself. Players will get to fight across Crait and D’Qar, two new worlds from the upcoming film. And they’ll get to control a fresh set of heroes too, in Finn and Captain Phasma.

Then there’s the single player stuff. If the campaign in the core game was a little too short for you, well then you’ll be interested to know that Iden Versio is playable once more in Star Wars Battlefront II Resurrection. This new campaign content is a mystery in terms of story, but looks intriguing in the trailer above.

Oh, and don’t forget the best part is that all of this is free of charge. Yep, this’ll cost you zip, which is in stark contrast to the first game’s dlc. Not bad at all.

Jason's been knee deep in videogames since he was but a lad. Cutting his teeth on the pixely glory that was the Atari 2600, he's been hack'n'slashing and shoot'em'uping ever since. Mainly an FPS and action guy, Jason enjoys the occasional well crafted title from every genre.
@jason_tas
Previous Nintendo Download: Breakdance Your Way to Victory
Next The Atom looms large in NetherRealm’s new Injustice 2 dlc