It’s a great week for statue fans with Star-Lord, Iron Man, and Nightwing pieces hitting from DST. Oh yeah, and maybe the coolest Nightmare Before Christmas figure yet.

Something for Marvel and DC fans both

So first, I’m digging that Iron Man. Clad in his classic armor, Tony Stark is looking awesome as the latest addition to the Premier Collection line from Diamond Select Toys. If you’re a fan of the most iconic versions of him, then I think you’d be hard-pressed to not like this one a lot.

On the flip side is the Star-Lord Gallery statue. This is based on the Marvel films version of Peter Quill, and it’s pretty terrific too. And while he’s not a movie version, the Nightwing statue from The New Batman Adventures is looking great as well.

And then, there’s Zero.

DST has quietly been making some of the best Nightmare Before Christmas figures ever, and Zero kind of takes the cake. This figure comes with an impressive cemetery display stand that should make for a suitable centerpiece to any NBX collection.

I don’t even collect these figures, and I want Zero. He’s just so neat. 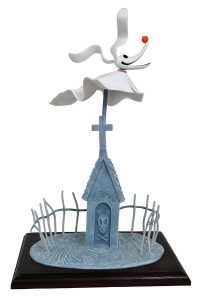 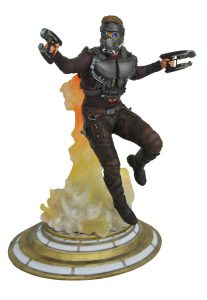 Jason's been knee deep in videogames since he was but a lad. Cutting his teeth on the pixely glory that was the Atari 2600, he's been hack'n'slashing and shoot'em'uping ever since. Mainly an FPS and action guy, Jason enjoys the occasional well crafted title from every genre.
@jason_tas
Previous Funko’s new 5.5″ Mortal Kombat figures go up for pre-order
Next Nintendo prepping for another run at a Super Mario movie?