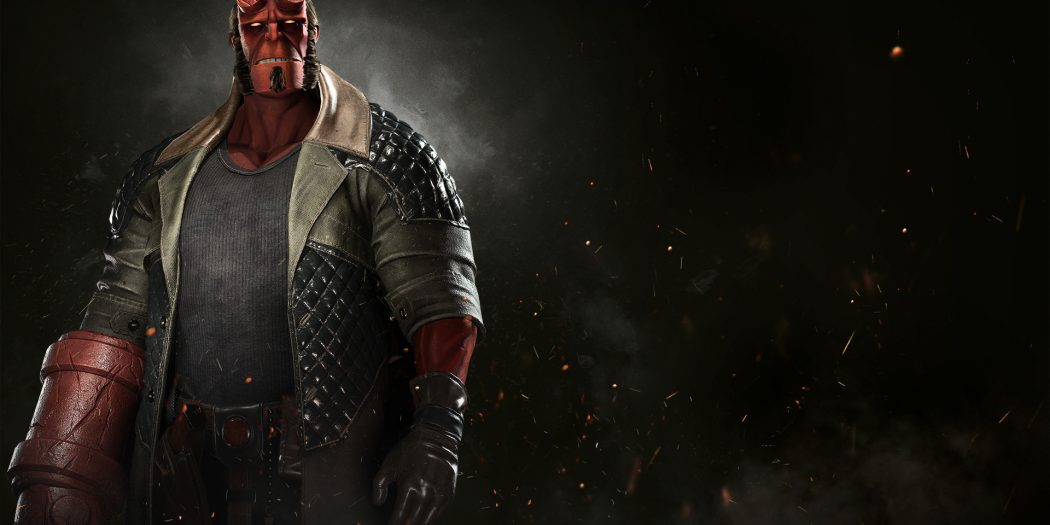 Just in time for Thanksgiving

Maybe the most hotly (sorry) anticipated character in Injustice history, Hellboy is almost here. A creation of Mike Mignola, Red here has had a pretty long-running comic series from Dark Horse and starred in two motion pictures (with a reboot on the way). He’s had toys, and even a video game to his credit too. And this isn’t his first appearance in a DC-related project either.

Back in ’99 Hellboy crossed over with Batman and Starman for a mini-series. But while that little item might not be all that well-recalled by most, this one looks fantastic. Hellboy not only looks as character-perfect as possible, but he also seems to fit right in with the cast of the game.

He’s coming up in short order too, joining the likes of Red Hood, Sub-Zero, Starfire, Black Manta, and Raiden. All of those DLC characters have already seen release of course. Fans will have to wait till November 14th to play as Hellboy however.

If you didn’t, and you just want to grab him a’la carte, you’re still okay. You’ll just have to wait till the 21st.

Jason's been knee deep in videogames since he was but a lad. Cutting his teeth on the pixely glory that was the Atari 2600, he's been hack'n'slashing and shoot'em'uping ever since. Mainly an FPS and action guy, Jason enjoys the occasional well crafted title from every genre.
@jason_tas
Previous Disney Afternoon figures go up for pre-order
Next A blood-soaked new campaign arrives for Total War: Warhammer