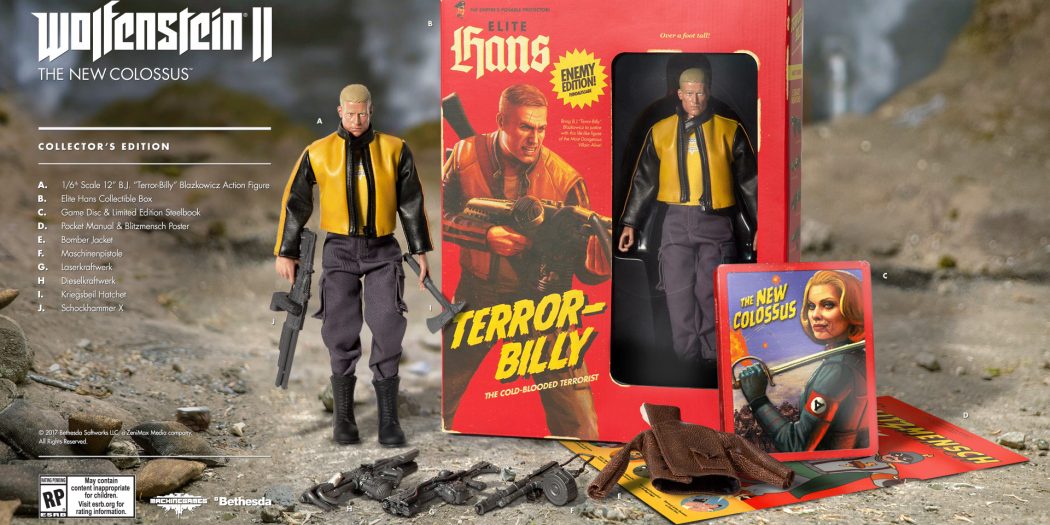 Wolfenstein II launch trailer might hint at an old foe

Bethesda’s Wolfenstein sequel is looking great in this new launch trailer. But it’s packing a surprise cameo too, and maybe a hint at an old enemy.

So, here’s my thinking. It’s probably not going to happen, but then again, this is Wolfenstein, so you never know. BUT, since we saw old Adolph there at the end of the launch trailer, I have to wonder if Mecha Hitler might be making a return to the series.

As any classic Wolfenstein player knows, a mechanized version of the Nazi leader was the main baddie in iD Software’s original Wolf. Here, it certainly seems as though the despot isn’t having a great time of things, from a health perspective (coughing and all that). So, as a fan, I have to wonder if this title will be stocking a special bad guy to blast in the form of a robo-tyrant. Of course, it could also just be a cameo. Don’t want to get too crazy… yet.

Whatever villain takes the end-game spot, one thing’s for sure- Wolfenstein II is looking great. Fast FPS action, massive weaponry, crazy foes, and a badass hero and storyline made the original a ton of fun. There’s no reason to think that Wolf II won’t deliver more of the same as of today.

It’s available October 27th on the Xbox One, PS4, and PC. Also, remember that the game will be hitting the Nintendo Switch some time next year.

Jason's been knee deep in videogames since he was but a lad. Cutting his teeth on the pixely glory that was the Atari 2600, he's been hack'n'slashing and shoot'em'uping ever since. Mainly an FPS and action guy, Jason enjoys the occasional well crafted title from every genre.
@jason_tas
Previous Moon Knight #188 (Comics) Preview
Next Redbox starts offering Nintendo Switch games at select locations