Looks like the X-Men revival isn’t going to stop any time soon. Marvel has announced a pair of 2018 books under their mutant banner. 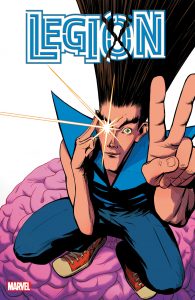 The first new book on the docket, and it’s kind of interesting, is Legion. Centered on the son of Professor X himself, Legion has been around for a while as a character. He’s never been all that big of a character though, until recently.

Fox’ FX network launched a new show, loosely tied into the larger X-Men “cinematic universe” that Fox has had going since the turn of the millennium. It’s apparently a pretty good show too, as it got some acclaim, and has a second season coming up.

It had been widely held though, that Marvel and Fox didn’t really get along all that well. You know, with Marvel (Disney) not all that happy that Fox has the film and TV rights to the X-Men. With this book being announced though, that seems not to be the case. Marvel has made no bones about not pushing “Fox” characters before, like the Fantastic Four and the X-Men themselves. Seems like that’s a policy that’s lightning up quite a bit. 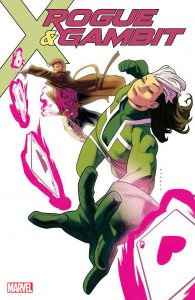 And it also has to make fans wonder if there might be a new FF book on the horizon. Perhaps a possibility, though there’s no official word on that. In any event, we’ve got plenty of X-Men, and that’s a very good thing indeed.

That brings us to book number two, which is Rogue & Gambit.

Starring the two sometimes-lovers, the new series should be quite a ride, as these are two pretty fun X-Men. And Gambit isn’t really much of a factor on the current team, so it’ll be good to see the ragin’ cajun back on the monthly schedule.

Both titles will arrive in 2018, though there’s no further info at present. Look for more coming out of NYCC this week though.

Jason's been knee deep in videogames since he was but a lad. Cutting his teeth on the pixely glory that was the Atari 2600, he's been hack'n'slashing and shoot'em'uping ever since. Mainly an FPS and action guy, Jason enjoys the occasional well crafted title from every genre.
@jason_tas
Previous Episode 14: The Mini Consoles Are Here
Next NYCC 2017: Mortal Kombat celebrates 25 years