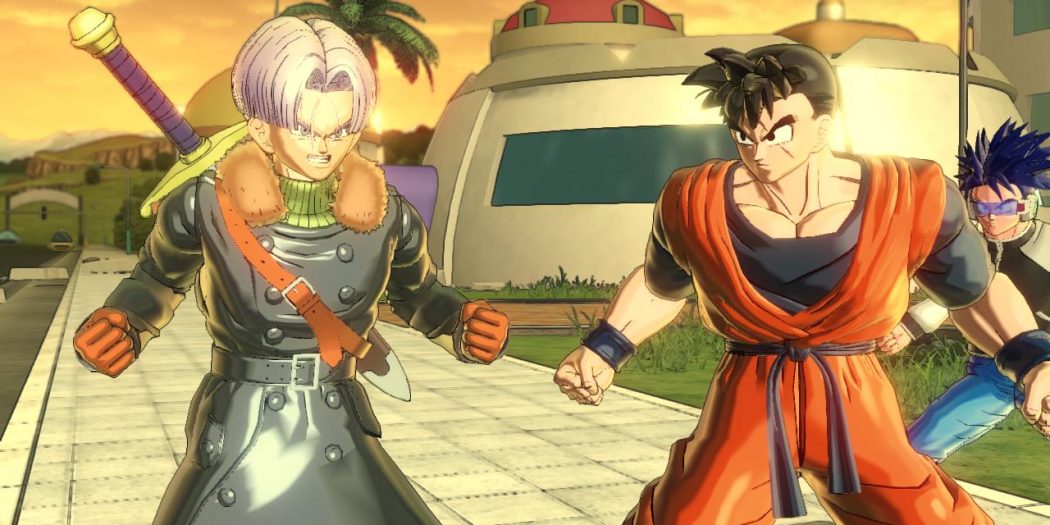 If you’re a Dragon Ball fan, and a Switch owner, then you’re probably well aware of DBZX2. Dragon Ball Xenoverse 2 is coming up very soon now (September 22nd), and it’s -so far- looking like a winner.

But nice graphics are just the cherry on top of this Saiyan sundae according to publisher Bandai Namco. That’s because Xenoverse 2 has been designed to be a Switch game though and through.

Nintendo’s latest console was designed with some unique features after all. And what Xenoverse 2 has up its sleeve is actually pretty awesome. Listed are things that honestly don’t need to be said, like being able to play on the TV or take Xenoverse 2 on the go. I mean, this is the Switch, we already know we can do that. Though, there’s some interesting bits to go along with that.

For starters, it seems that you won’t be able to play the campaign away from the Switch’s dock. And each configuration that the actual console can be put into, presents a different play possibility.

In a way, that’s kind of neat, but it’s also sort of limiting. Could it be that the Switch in handheld mode just isn’t capable of doing some of what Xenoverse 2 calls for?

Check out what I mean in the bullets below.

Jason's been knee deep in videogames since he was but a lad. Cutting his teeth on the pixely glory that was the Atari 2600, he's been hack'n'slashing and shoot'em'uping ever since. Mainly an FPS and action guy, Jason enjoys the occasional well crafted title from every genre.
@jason_tas
Previous Nintendo Download: A new type of Monster Hunter
Next Warner Bros and DC Comics’ Shazam movie enters pre-production