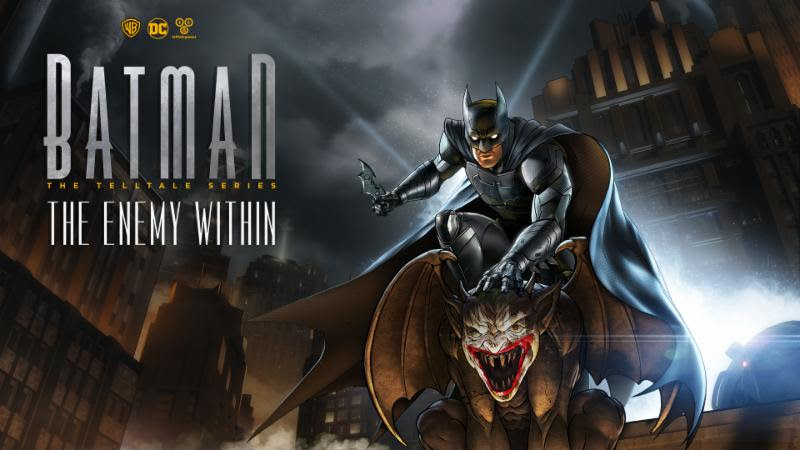 Riddler, Joker, and plenty of Bruce Wayne and Batman – all will be in the second season of Telltale Games’ Batman series.

Well that’s certainly a different take on the Riddler. We’ve seen the character undergo a fairly big change in the comics, for the better too, but this is a stark departure. It kind of looks like Telltale has crossed old Eddie with Saw, and that makes for a particularly interesting twist.

Add in a Joker who’s not quite Joker yet, and a whole lot of playing as Bruce Wayne and you have the makings of a neat tale. I have to say too, that I’m more than a little surprised to see Amanda Waller.

The Suicide Squad’s overlord, Waller is a big DC character and one that might be telling. Could we see a Suicide Squad spinoff game at some point? Never know with Telltale. As it is though, this looks like it might be yet another adventure game from the publisher that fans will want to check out.

As a Batman fan myself, I’m pretty much sold. Batman: The Enemy Within (part 1) – Enigma, will be out August 8th. Watch for it on the Xbox One, PS4, and PC.

Jason's been knee deep in videogames since he was but a lad. Cutting his teeth on the pixely glory that was the Atari 2600, he's been hack'n'slashing and shoot'em'uping ever since. Mainly an FPS and action guy, Jason enjoys the occasional well crafted title from every genre.
@jason_tas
Previous Realistic racing game Gear.Club coming to Nintendo Switch
Next Happy Birthday Gameboy – Nintendo’s first handheld turns 28