Home / 3DS / Nintendo Download: Have a Blast with Kirby

Nintendo’s little pink puff returns this week to the 3DS in Kirby’s Blowout Blast, the Wii U gets a Wii game, and the Switch gets… Metal Slug 2.

Everybody loves Kirby, right? Sure they do, and Nintendo has something kinda cool for fans of the little round dude (?) this week. Blowout Blast is a 3D title, which makes it a pretty different showcase for the character. It packs 25+ stages and looks like it should have all the Kirby gameplay that you’re used to. Well, most of it – this is 3D after all.

As for the Wii U, it’s getting a Wii game this week in the original Raving Rabbids. That should be perfect for fans looking to get a little time in with that franchise before it crosses over with Super Mario later this Summer.

And the Switch? Eh. Rabbids is a dubious release sure, but it’s on the Wii U. You can’t expect too much else from a dead platform. The Switch though, gets zip this week, save another Neo Geo game. It’s Metal Slug 2, which is awesome, but still.

Good thing Splatoon 2 is right around the corner.

Wii Retail on Wii U 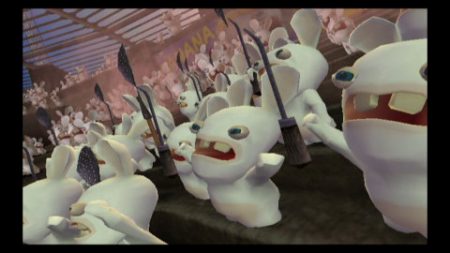 Jason's been knee deep in videogames since he was but a lad. Cutting his teeth on the pixely glory that was the Atari 2600, he's been hack'n'slashing and shoot'em'uping ever since. Mainly an FPS and action guy, Jason enjoys the occasional well crafted title from every genre.
@jason_tas
Previous Berserk Volume 38 (Graphic Novel) Review
Next SDCC 2017: Nickelodeon brings three decades of animation to the Con