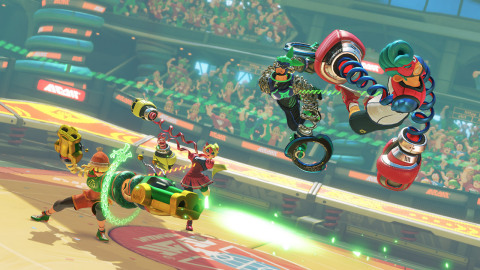 ARMS is the main event this week, there’s little doubt of that. Being a new IP is one thing, but being a new Nintendo IP for a Nintendo console that has little in the way of a library is another. Basically, I think it’d be foolish to think that ARMS will do anything but sell extremely well.

And it actually looks like a fun time too. I’ve heard the criticisms that the game has too few characters, and no story mode, but honestly – who cares? This is Nintendo we’re talking about here. Fans don’t really care if a game is lacking in some areas as long as it plays great. I doubt Nintendo would drop ARMS out there as a launch window title if it didn’t.

If you’re not sold however, hang on for a bit and check out our review, which’ll more than likely be along next week.

As for the rest of the Download this week, it’s about what you’d expect, with a twist. The twist being that there are actually some more Switch games to talk about. Both Cave Story+ and Mighty Gunvolt Burst arrive this week, along with the signature Neo Geo offering.

One thing I was sure we’d be talking about as well, post E3, was the Virtual Console on the Switch. And yet, here we are and there isn’t one. Still waiting Nintendo…

Here’s the full rundown on what’s available this week: 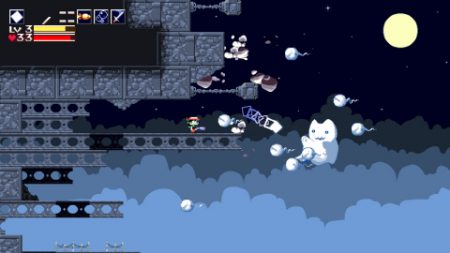 To receive, simply redeem the required My Nintendo points. The wallpapers are available … now!

Jason's been knee deep in videogames since he was but a lad. Cutting his teeth on the pixely glory that was the Atari 2600, he's been hack'n'slashing and shoot'em'uping ever since. Mainly an FPS and action guy, Jason enjoys the occasional well crafted title from every genre.
@jason_tas
Previous Top 5 Skyrim E3 appearances
Next Mezco unveils latest Summer exclusive – X-Men Deadpool