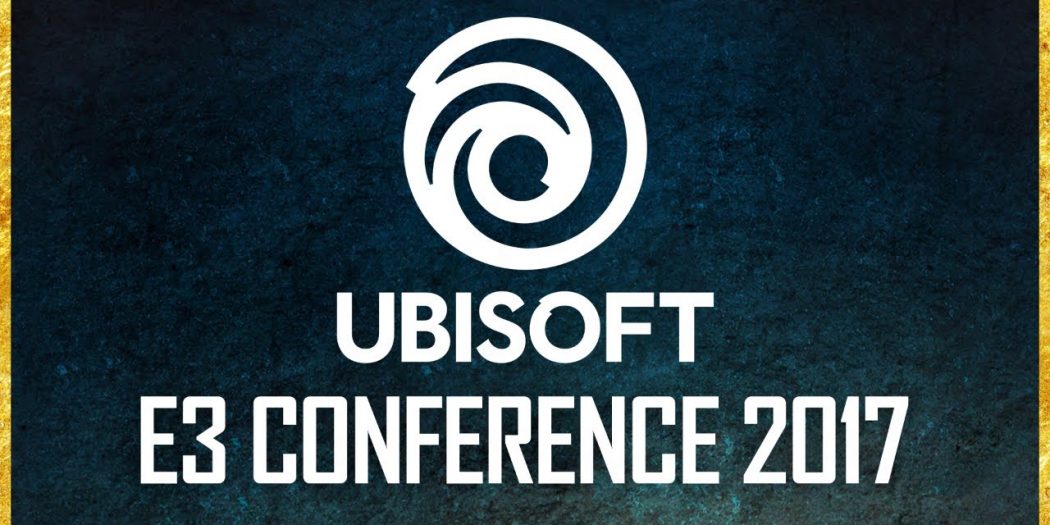 In case you missed E3 or just don’t fancy watching it for yourself, here we have a quick recap of what Ubisoft had on offer.

Ubisofts press conference gives us a little of everything.  I would say I’m a former Ubisoft addict in recovery. I needed my fix whenever they brought something new out. Primarily Assassins Creed and FarCry. But eventually I quit cold turkey and haven’t looked back. However I have an awful feeling this is going to knock me off the wagon…Again

First up Ubisoft unveiled Mario and Rabbids…in a rather strange fashion if I do say so myself. Now I’m not best qualified to talk about this one as I’m no Nintendo fan and I’ve never played a Rabbid game. But nevertheless this looked like an interesting crossover. Mario + Rabbids is a tactical adventure exclusively for the Switch. The gameplay consists of running around the world with a roomba-esque guide. This also uses a turn based combat system which is new for both these games I believe. It looks bizarre but at the same time perfectly normal. I guess that’s just Nintendo

The Origin of the Brotherhood

Origins was already shown during Microsofts conference which came as quite a shock as this franchise is a big Ubisoft title. So I would’ve thought they’d hold everything for their conference. Unfortunately all we received was a trailer and being told that they’d be showing gameplay later. Which was a bit of a let down. As a possible returning addict I was hoping for more information to help me decide if it was worth returning to the franchise.

We don’t know too much so far about Origins. We have a shield and a bow and arrow which is an instant win for me. After one of the trailers we did see a rather large snake. This looks like Ubisoft is embracing the mythical side of the time which could be very different and interesting. There are also ridable camels and by the looks of it they’ve increased the wild animal population. Possibly one of the most interesting things is the new take on Eagle Vision. At least I’m assuming that’s what it is. The main character has a pet eagle which can be used to scout areas and tag enemies. The year off may have helped Assassins Creed mix tings up just enough to make things a bit more refreshing. [embedyt] https://www.youtube.com/watch?v=cUuKIpCM2o0[/embedyt]

This is one racing game that looks like it could be something very special. Normally we’d need several games to partake in different categories of racing. However with The Crew 2 we’ve got it all in one box. Not only does this game have street races, it will also have F1, off road, derby, bikes, boats, planes. Pretty much any racing style you can think of. This is definitely one to keep an eye on. Even for me and I’m not really one for racing games.

The Fractured But Whole seems to finally have a solid release date now. Hopefully there’s no censorship this time around. We get a good glimpse of gameplay and cutscenes in this trailer. It’s still looking like a true to the show game with enough laughs for everyone. Let’s just hope that release date stays the same.

A surprise showing was another South Park game. This one you can take with you anywhere on your handy little telecommunications device. That’s right, mobile South Park. We step into the shoes of the new kid once more to play, what seems like every game the children have come up with. Not many details or information was given. Only a trailer but it looks similar to the style of the other games.

Elijah Wood as a creative director at E3 is not something I thought I would see, I must admit. Transference is something I still don’t really have my head around. It seems like a movie for VR that you actively partake in. A psychological thriller, maze puzzle type with a multi branching narrative. For anyone with VR this could be a very interesting experience.

What Black Flag Should Have Been

Skull and Bones is a game that a lot of people have wanted since Black Flag came about. A full scale pirate game. None of the assassins business, just pirates, ships and a whole lot of booty. From what was shown I get the impression this will be another big multiplayer game. Which would be a shame. It does look awesome and hopefully I’ll be able to enjoy it on my own as well as occasionally online as I don’t have many companions.

Skull and Bones has taken the Black Flag formula and turned it up to 11. But at the same time you can see a fair few similarities between the two. Obviously with this being more polished. You and your crew, each with your own ships will take to the high seas in search of plunder…or whatever it is pirates say. There is also choice over the ships. There’s different classes depending on your preferred playstyle and the ability to enhance with an RPG system.

This one is definitely very interesting and should stay on radars. Pirate games are very rare and this may well could be one to start making other developers follow suit.[embedyt] https://www.youtube.com/watch?v=_9YYYVG0YQI[/embedyt]

Remember Amiibo? Me neither. Something with real toys that you place on a thing which then puts them into the game. I dunno. Starlink seems to be leaning that way a little. We’re not really too sure how it all works yet but from the trailer we have space, mechs, dinosaurs, asteroids and little toy spaceships that you use to interact with the game in some way. The game itself looks like fun, maybe the physical ship will be the controller. Probably not, but that would be interesting.

This is what I’ve been waiting for. I was very sceptical of this. After FarCry 4 was basically the same as FarCry 3 I was needing FarCry 5 to do something different to regain my attention. Today we received a short gameplay demo which looked, dare I say, glorious. What’s better than attacking outposts filled with crazies? Attacking outposts filled with crazies with some buddies at your side?

When FarCry 5 was first revealed there were three extra trailers introducing characters. From todays gameplay we saw these buddies (FarCry 2 flashbacks) being used in action during the game. Even giving them orders. I really, really hope that these characters are AI controlled and you can complete the game calling on them. Rather than them just being representation of co-op. That would be a very large disappointment for me.

FarCry 5 will have a fully customizable character, planes, pets to do thy bidding and full campaign drop in, drop out co-op. The best part perhaps of this demo was the Vaas bobblehead on the bus and inside the truck. All of these things are not helping my recovery from Ubisoft addiction.

15 years in the Making

Ubisofts last game of the show was one that’s been asked for by fans for some time now. Beyond Good and Evil 2. I’ve never played the first one but everyone knows about it. All that was given was a very cool trailer. And not much else. But after all this time I don’t think people really mind. They’re probably just happy to know that this game is definitely being made.