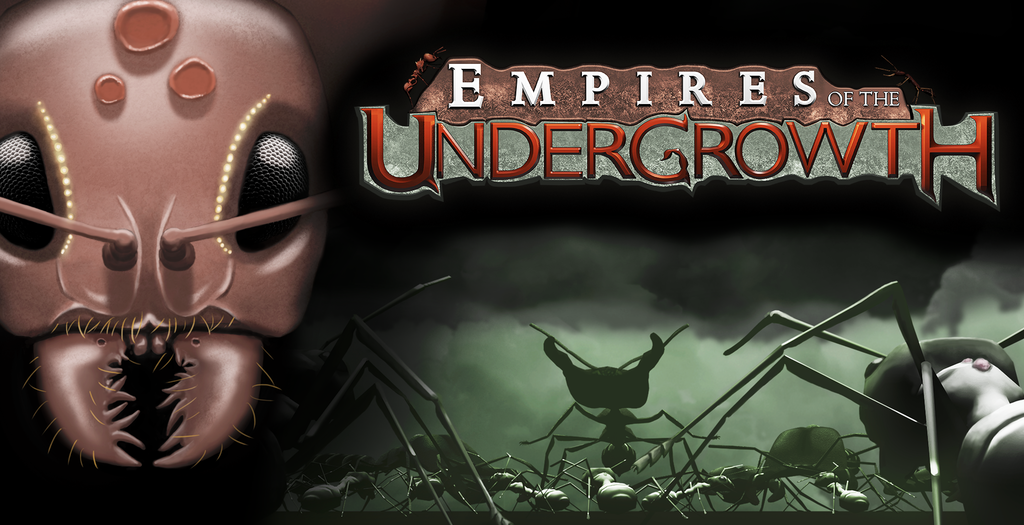 Home / Expo / EGX Rezzed Hands On: Empires of the Undergrowth

EGX Rezzed Hands On: Empires of the Undergrowth

A lot of us are familiar with RTS. Whether we’re hardcore players of just enjoy the occasional bit of C&C. I’m always trying to find a new RTS that doesn’t use it’s HUD and excessive amount of abilities to scare me off. It’s safe to say I’m a more casual RTS player. The first game in my Rezzed adventure was Empires of the Undergrowth by Slug Disco Studios.  A simple RTS (at the moment) but with a twist I’ve not seen since that game whose name escapes me.

Instead of being modern or futuristic or even historically based. Empires of the Undergrowth decided to go to a much, much smaller scale and replaces buildings, war torn sites and soldiers with nests, tunnels and ants. Oh yes, we were in control of our own ant colony.

Now this game is in very early stages and there wasn’t a great deal available as they were still creating it. What was available was worker ants and black ants, which were our soldiers. Then we had the queen ant who sat pretty looking over the eggs so more ants could be. Now the worker ants had very important jobs. Digging tunnels, building new nests and collecting food. The only nests available to build were for food, worker ants and soldier ants. The amount of food and ants you can have is only limited by the amount of nests you build. Which so far seems like as much as you can fit in the tunnel, which is always good. The soldier ants just roamed freely about until trouble struck. In my play I only came across some strange worm like things and bigger… bug… things. I’m not an entomologist.

If you are to get into a spot of bother with other insects and an ant or two happen to fall prey to larger predators there’s no trouble getting them back. The food you’ve stored gets used to hatch more eggs. As a result you don’t need to constantly rebuild nests or do anything to regain your ants. But of course there is an amount of time you’ll need to wait for your new eggs to hatch.

Now, the entire setting isn’t just tunnelling through dirt running into the occasional worm. Eventually, well, at whatever point you find the correct location.  You can tunnel up to the surface. On the surface you have a greater chance of finding food and more of it. However this prize isn’t without it’s risks. Tunnelling up also opens the meeting room door to far larger insects that make your ants look like, well, ants.

After tunnelling upwards it unlocks a second map on the HUD. One map for underground in the tunnels and the other for the surface. Once unlocked all you need to do to switch between the two is click anywhere on either map. The best part of going from tunnels to land is how instant it is. There’s no loading screen. No cut-scene to mask the loading. Not even a second of a blank screen. All you need is that one click and BAM! There you are. Straight away. I only encountered one other type of insect in my play which disposed of my ants in rapid fashion. Evidently I overestimated the power of my ants and needed a lot more. After watching a trailer I realised that indeed I had far too few. There are more than one creepy crawly to fend off however.

Empires of the Undergrowth is shaping up very nicely…

I imagine the team is working on adding more dangers to the land. As the game is in it’s early stages. All I know of is spiders, beetles and of course other ant colonies. But given the research they’ve done into ants, there will more than likely be a vast variety in insect families.

Something I would really like to see is forming alliances with other insects. I’d just like to see all my soldier ants being carried into battle on the back of a large beetle. Or being slingshot by a spiders web at enemies.

If you’d like to find out more about Empires of the Undergrowth you can head over to their website. They are also on Kickstarter and available to back. To top it all off they even have a demo available free to download. This is definitely a game to watch.

I would just like to add how proud of myself I am for avoiding all the possible bug puns.

Massive game and movie enthusiast. In any free time I'm always playing something or watching something. I didn't choose the hermit life.
Previous The Visitor: How And Why He Stayed #2 (comic) Review
Next Switch-Centric Nintendo Direct coming up this Wednesday