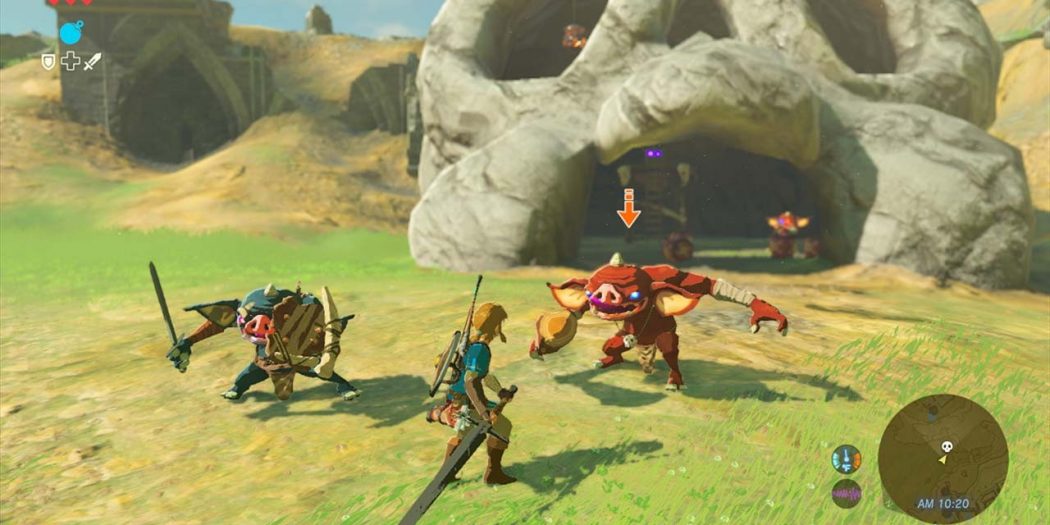 Differences between the two versions of new Zelda are almost nonexistent

Turns out there is basically no difference between the two versions of The Legend of Zelda: Breath of the Wild.

You’ve no doubt seen the screenshots. You know, the side-by-sides showing little graphical difference between both upcoming versions of The Legend of Zelda: Breath of the Wild? Yeah, those.

Well, Nintendo embellished a bit on just what gamers can really expect from both the Switch and Wii U versions of the game. And uh, there really isn’t much. Gaming super-site IGN spoke with the Big N, and detailed the differences.

What it really shakes down to, is that the Switch version will have slightly better looks and sound. You can expect less fog and the game will run in 900p as opposed to the Wii U’s 720p. No, it’s not 1080. Both editions will run at 30fps. The sound is a little bit different of a story.

Sound will be much improved according to Nintendo. As “the sound of steps, water, grass, etc. are more realistic and enhance the game’s open-air feel,” on the Switch.

And that’s about it, outside of a few onscreen icons being different. And I’m guessing that just boils down to the different button layouts or something equally mundane.

No, there’s nothing in the way of new dungeons, or more side-quests or anything. Although Wii U gamers won’t be able to buy either of the two collector’s editions that are out there. So there’s an “exclusive” for you. Or actually, I should amend that to were out there, since they both pre-sold out in like five minutes.

Well, at least the Switch version will kinda, sorta be portable. At least there’s that.

Jason's been knee deep in videogames since he was but a lad. Cutting his teeth on the pixely glory that was the Atari 2600, he's been hack'n'slashing and shoot'em'uping ever since. Mainly an FPS and action guy, Jason enjoys the occasional well crafted title from every genre.
@jason_tas
Previous X-O Manowar #1 (Comics) Preview
Next Batman: TAS Rogues Gallery figure 5pk now available