The recent demo for Capcom’s Resident Evil 7 is unlike anything before in the franchise.

The demo features multiple endings and secrets, and we here at BrutalGamer thought it best to share these with you. 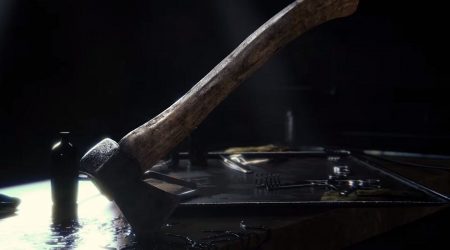 Find the bolt cutters, the tape, play the tape and get the key.

Find the fuse, lower the stairs and use the phone.

Some websites have suggested that various steps, such as repeating ending one but heading up the stairs rather than leaving the house, or ensuring the dummies upstairs don’t turn around, will yield a different phone call dialogue. However, EuroGamer has stated that simply grabbing the fuse and running up the stairs to get to the phone will trigger random dialogues. There are currently known to be three different conversations, but we don’t want to spoil them for you. 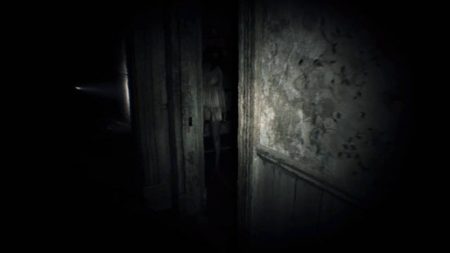 During the video tape portion of the demo, a ghostly figure can be seen in seven different locations:
#1 – in the garden outside of the house.
#2 – in the doorway after entering the house.
#3 – through the kitchen window by the sink.
#4 – after Andre disappears, look at the doorway leading into the hall
#5 – on the stairs after Andre disappears.
#6 – in the room under the stairs with the boarded up door.
#7 – at the top of the ladder while you descend it.

As far as we can make out, these sightings follow a random pattern, and it is highly unlikely to see her in all of the locations listed above in a single run.

During the video tape portion of the demo, one can find a lock pick between the fridge and the kitchen surface with the microwave on it. Use this to open the the blue drawer in the kitchen, and when the player resumes the present day section, there will be an axe inside. The player can use this to destroy wooden boxes and a couple of dummies, although this doesn’t appear to effect playthroughs in any way.

Next to the telephone one can find a picture of a helicopter bearing the infamous Umbrella Corporation logo. Turning the photo over reveals a message.

By far the most mysterious item found in the demo is the dummy finger, located in a drawer in the hallway adjacent to the ground floor stairs. Examining it reveals a key buried within, and its description tells us that it is made from a flammable material. As of the date of this post, the exact use of the dummy finger remains a mystery, and some have speculated that it is, in fact, a useless item.

That’s all for now, but we’ll be sure to update you on anything new that is discovered over the coming weeks.

From the tender age of four, when he was given his first Sony PlayStation, Dan has been hooked on video games. He loves his RPGs more than anything, enjoys immersion and will definitely blame any FIFA losses on scripting.
@@Dan_Atlee
Previous Top 5 Wrestling Games of all Time – Day 4 Oh yeah!
Next Nintendo says the NX ‘not about specs’