Who needs sleep when there are sales to be had? 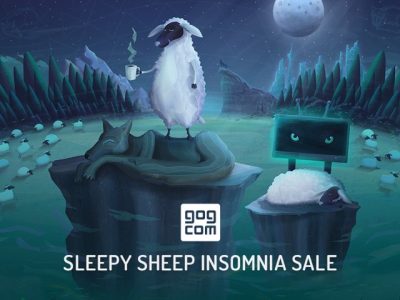 You know the deal by now if you’re a PC gamer and spot that Insomnia Sale name; sales, sales, and more sales are happening right now on GOG.com. And unlike past sales (and the retailer’s competitors), GOG’s deal-a-palooza’s that hold the ‘Insomnia’ tag run around the clock. So, if you go to sleep, you’re probably going to miss something.  Deals not only rock around the clock, but they’re all available in limited quantities as well. So that means that if you see something you want, you better act sooner rather than later.

The fourth year of Insomnia, GOG promises that this newest installment of the sale will also see the dawn of some brand new titles to their catalog, as well as a deal on The Witcher 3, which now drops to just $24.99 USD. And yes, there are some freebies to be had as well. Buying 10 games will net you a free copy of… something. It’s randomized according to GOG, so there’s no telling what you could walk away with.

The sale is live right now, and you can dig in by clicking here. As to when it’ll be ending, there’s no telling as it’ll be active till “the limited-quantity deals run out.”

Jason's been knee deep in videogames since he was but a lad. Cutting his teeth on the pixely glory that was the Atari 2600, he's been hack'n'slashing and shoot'em'uping ever since. Mainly an FPS and action guy, Jason enjoys the occasional well crafted title from every genre.
@jason_tas
Previous The Walking Dead Recap 614 “Twice as Far”
Next Meet the bosses of PlatinumGames’ new Ninja Turtles game