Guitar Hero Live ended the year with a bunch of great stuff, including some classic tunes and party anthems with a pair of premium shows. 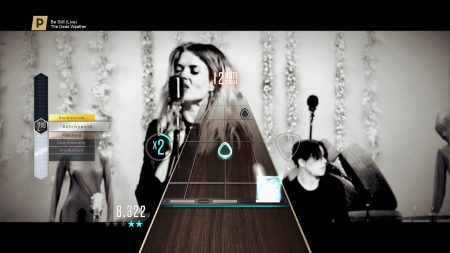 Added to the rhythm game just at the turn of the year, Alison Mosshart and Jack White’s The Dead Weather has released three songs from their latest album of gamers to play. The songs include Be Still (Live), I Feel Love (Every Million Miles) (Live), and Let It Through (Live) and are all available right now.

That’s not all though, as a classic and a party-themed premium show have also opened up for the game. those show’s look a little something like this:

Jason's been knee deep in videogames since he was but a lad. Cutting his teeth on the pixely glory that was the Atari 2600, he's been hack'n'slashing and shoot'em'uping ever since. Mainly an FPS and action guy, Jason enjoys the occasional well crafted title from every genre.
@jason_tas
Previous Activision is in it’s own league, buys the MLG
Next It’s what’s next for Marvel’s heroes in one cover image with the ‘Story Thus Far’ series of variants