A playable horror movie, Until Dawn is unique among games.

Until Dawn makes use of a premise that has become common in contemporary game design. The interactive movie style is something that studios such as TellTale have experimented with in recent years with games such as The Walking Dead, The Wolf Among Us, and Tales from the Borderlands. Until Dawn takes this mechanism and twists it to fit into an apparently cliché horror movie setting.

Before its release, Until Dawn was being touted as an interactive horror movie, a game where the player holds sole responsibility for saving the group of ill-fated teenagers who happened to be stuck on a mountain in the middle of the night. This is a promise the game maintains. The maintenance of the promise is apparent within the first few minutes of Until Dawn, as you decide how to prank one of the game’s central characters in a way that will set up the rest of the story.

The story that Until Dawn tells is predictable to a point. Tropes that dominate the slasher genre dominate the early part of the game as well. The most identifiable of these is the idea that a group would return to the scene of an unfortunate accident involving the disappearance and potential death of their friends.

Through a surprisingly natural plot progression, characters are introduced to different elements that transform the basis of the game from a standard slasher’s paradise to a supernatural horrorfest reminiscent of Stephen King’s Pet Semetary. In the interest of spoilers, this simply means that a cursed land turns against its inhabitants in a confrontation which will end in blood if the player isn’t careful. 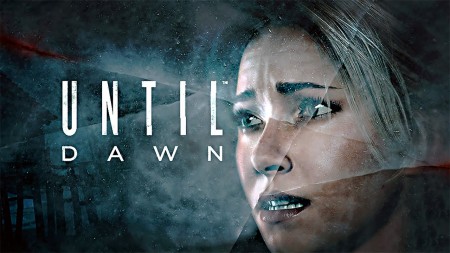 As to those inhabitants, throughout the course of the game none of the characters struck me as likeable. With the exception of Sam and maybe Chris, the characters were perfect caricatures of whiny teenagers who are used to the whole world being handed to them. Because of their course personalities, whether or not a specific character died didn’t matter to me as the player.

Playing the game feels a lot like trying to babysit incompetent children. I don’t intend to say that the game did not build tension though. Nearly every scene was intense and kept pulling me through the narrative.

The title controls in a way that is similar to the TellTale games: The player moves a character through a three dimensional environment interacting with different elements to get clues of the future of the storyline and ways that the player can solve puzzles to progress.  The gameplay doesn’t add anything to that basic formula, which again has been instituted by TellTale, but it does manage to make the experience smoother and more fulfilling. Character movement feels realistic for the setting and the result is a smooth world that I didn’t mind spending the duration of the game in.

On the technical end of thongs, I did bump into one little issue in that, on one occasion, I found myself stuck in a part of the map that I could not get out of. This wasn’t my fault, as I was only trying to explore the map and find collectibles. There was no way to fix this, except to restart my save and be very careful when I got to the spot where I got stuck. 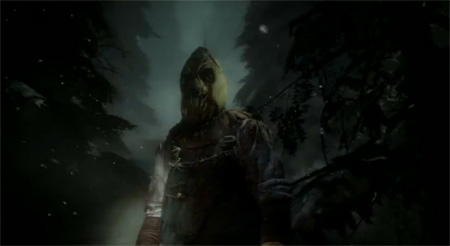 The presentation of the game has a unique aspect that needs to be considered because of the unique genre- tension held throughout and overall atmosphere. This is somewhere where the game absolutely shines. Playing through Until Dawn was totally tense and creepy in every phase, no matter the environment or situation.

Aside from atmosphere, the game is accomplished in its visual and auditory design. The lighting and textures are realistic, as well as every aspect of the sound design. When a character screamed, it was believable.

The varying environments allow the developers to show off their skills in rendering different types of environments and scenarios. The game was a joy to look at and listen to all the way through, even when some type of grotesque mutilation was occurring, the visuals were awe-inspiring and it was tough to look away.

The strength of Until Dawn lies in its storytelling. There is barely any true gameplay aside from moving through the environments, however the gameplay works due to the type of game it is.

Until Dawn is the type of game where the player can play through multiple times finding different scenarios due to making different decisions and dialogue choices. Gameplay takes a back seat to story, but again, this is not surprising, or a bad thing.

Until Dawn is strong in its attempt to make the players feel as though they are living in a horror movie, and it’s a very unnerving, yet satisfying feeling.

Erich was introduced to gaming by his grandfather before he could walk. Since then, he has grown up loving Nintendo and most games in general. He couples his love of videogames with journalism to cover news, provide reviews and tell it how it is in the gaming world.
Previous Bluefin and Tamashii Nations unleash the Boba Fett the Ronin
Next Final Smash Bros Broadcast Date Announced

Blink and you missed it, but Bandai Namco teased its next fighter for the long-lived …