The edge of the galaxy is a dangerous place!

You just barely survived your latest skirmish with some bandits, shields are busted. Ammo depleted. You jump to warp toward the nearest space stationCA to patch up whats left of your ship. And then you are pulled out of warp by a group of hostiles. What do you do?

This was exactly what happened to me while playing Rebel Galaxy. Battered and bruised, I thought I was a goner. Hit the boosters and let my hired mercenary tend to the hostiles around us. I was having none of this right now, I needed to repair my ship. Now.

You are a young budding pilot who recieved a cryptic message from your Aunt Juno, leading you to strike out and find her. Find her you do, and along the way you will mine asteroids, scavenge wreckages, deal with aliens and battle space pirates. Are you a do-gooder? A shifty privateer? Perhaps a crafty space trader? I’ll bet you land somewhere in between.

The first thing that will grab you about  Rebel Galaxy is the music. As the game loads, you are treated to the first of several wonderful tracks attached to this game. The soundtrack to Rebel Galaxy is popular enough that even before the public release of the game, there were so many requests for the soundtrack, that the track information is available on their website, and an OST playlist is available on YouTube. I don’t know about you, but to me, a soundtrack being made available five months before the release is quite noteworthy. Do yourself a favor and look it up today. You won’t be disappointed!

Rebel Galaxy has to be, by far, one of the prettiest games I have played in quite some time. The rolling expanse of the galaxies, multi-colored and full of debris fields and ice clusters is just amazing. If it weren’t for the hostiles and stellar masses that interrupt your warp travel, this could easily be mistaken for a calming video on YouTube.

The variance of the ships and stations are wonderful. There is no mistake telling if you are fighting against the Korian fleets. Watch your turrets rotate as they track down their next target. I ran this game on ‘medium’ visuals, and am blown away at how good everything looks. From the weapons fire to the atmospherics, this one is well put together. No glitching to be noticed, the maps are detailed, the menus are clean. I have to say I am impressed.

Double Damage have done a good job with a story that drives you along. You begin looking for your Aunt Juno. Once you find her, you jump to another star system, in search of pieces of your Reliquary. Your Reliquary was a little-known artifact that your Aunt left you with her ship. Little did either of you know, that it was sentient! Journey as Trell guides you to locate additional pieces of her structure, and boosts your abilities on the way.

It is easy to see how you could play this game again and again. You are given the option to comply, bribe or even double-cross agents, regardless of their faction. You have the ability to be a good guy, or a despicably seedy character, like you see in so many sci-fi stories. Perhaps you want to replay it and see how quickly you can get through it. Others may want to amass the greatest weapons available, and go pick on squadrons of smaller fighters. There are several reasons you could find yourself coming back to Rebel Galaxy.

For me, I think Rebel Galaxy will sit as a benchmark of a good game for some time.

From the moment I hit ‘new game’, I have been drawn in. Flying and upgrading your ship, hiring mercenaries, and running missions in such an open world is very enjoyable. Collect cargo and sell them on the commodity market, to be able to afford that next big gun. Sure I’ve been blown to smithereens a handful of times, but who hasn’t? That is all the more reason to try again.

Who doesn’t love being given a mission to go wipe out a militia squad because the captain has gone rogue?

If you enjoy RPGs, simulators and/or Sci-fi, then you will want to pick up Rebel Galaxy.

Available October 20, 2015 on Steam and GOG.  Playstation 4, Xbox ONE and Mac versions will be available later in 2015. Check listings for announced date.

Run to your nearest Commodity Market and grab your copy today!

A fan of media on multiple platforms, I am always watching or playing something! Who knows what I will be on to next?
@mackeyp42
Previous Valiant’s 25th Anniversary Convention Tour Adds Four New Dates For Fall 2015!
Next Corpse of Discovery (PC) Review 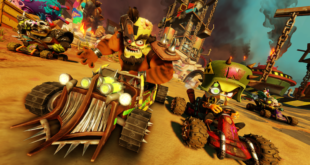 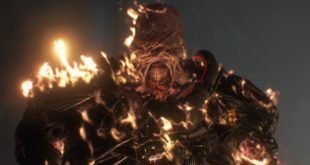