The Nintendo Download goes big on Mario this week

Plenty of Italian plumber-themed titles hit the eShop this week, along with some solid sales. 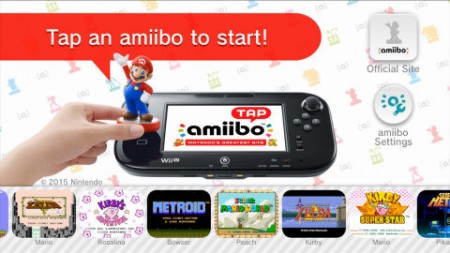 I have to be honest here, I’m kind of feeling a little deja vu this week with all the Mario stuff. It does’t feel like it was all that long ago that the eShop was the beneficiary of a bunch of new Super Mario releases… maybe it’s all the Mario Kart stuff as of late, what with last week’s addition of the 200cc mode and all. I don’t know.

Anyway, this week brings two more Super titles to the store, with a third in the new Amiibo Tap feature, that’ll let you play snippets of a bunch of Nintendo titles from years gone by- Marioi among them. If you’re not following along and don’t know what that means, it’s Nintendo’s way of letting you get a little more out of your figures without having to make you buy anything. Actually, it’s kind of cool too, as long as you’re not expecting too much.

All you do to take advantage, is tap your Amiibo on the Wii U GamePad, and you’ll get treated to a little segment from a classic SNES or NES title. You can only play for a bit, but you can tap again to reveal another title. Nintendo says the method of play is supposed to bring back that feeling of swapping carts in your old console, something that rarely happens today with discs.

Actually, it’s kind of accurate. I distinctly remember, especially when on Summer vacation, playing a Nintendo game till I got bored (or killed too many times) and then popping it out and plugging in a new one. That’d make up a while day’s play for me, which is in stark contrast with today where (even when I do have time) I usually play one game till it’s done. 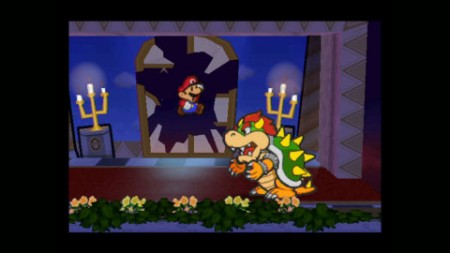 Even more of the older stuff- Paper Mario comes to the Virtual Console this week. This is a true classic of the Mario franchise and started off the ‘alt’ vibe that Nintendo has brought to other games in its stable, albeit in different ways (like Kirby’s claymation Rainbow Curse and Yoshi’s Wooly World).

If you’re not in the mood for nostalgia, Nintendo has you covered with the demo for Puzzle & Dragons: Super Mario Edition on the 3DS. This free look at the reskinning of the popular mobile puzzle game has Mario and crew solving puzzles and playing out one of the more unique takes on RPGs in recent memory.

There are also some sales this week, as usual, and some additional stuff like the new Star Wars Pinball DLC. Have a scroll down the page to see the full listing and make your picks for the weekend Nintendo fans.

Jason's been knee deep in videogames since he was but a lad. Cutting his teeth on the pixely glory that was the Atari 2600, he's been hack'n'slashing and shoot'em'uping ever since. Mainly an FPS and action guy, Jason enjoys the occasional well crafted title from every genre.
@jason_tas
Previous Looks like there’s more Watch_Dogs coming
Next PlayStation is Bringing Home the Bacon for Sony