OnLive closes up shop, sells off assets to Sony

The cloud-streaming game service known as OnLive is officially dead in the water. 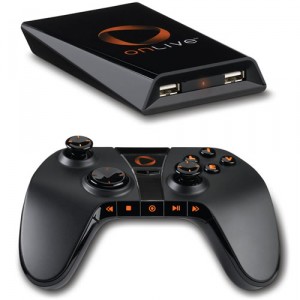 If you use OnLive to stream games to your TV regularly, well, you don’t anymore. I think you’d also be in the minority since the cloud-gaming service started to some fanfare and then slowly careened into obscurity after not all that much time really. Personally, I couldn’t ever get it to work properly since I had the worst internet connectivity known to man till not all that long ago. But that’s a story for (probably never) another time.

What we’re talking about here though, is the closure of OnLive and the selling off of some of its assets to Sony. The electronic giant has been embroiled in the world of cloud-gaming applications in the last few years, and has already purchased Gaikai,which led to the launch of PlayStation Now, which is currently entering beta in parts of the world.

With the addition of OnLive’s assets, Sony’s service might be all that much more formidable, as the company did know what they were doing with streaming. PC streaming, but still, even though I couldn’t get it to work, it was pretty impressive and plenty of people had a decent time with it.

As for OnLive’s subscriber base, access will continue till the 30th of this month (April) and will include the Game Service, as well as Desktop usability and Second Life play. No further subs will be taken though (obviously), and anyone who was charged for a renewal after March 28th will get a refund.

Jason's been knee deep in videogames since he was but a lad. Cutting his teeth on the pixely glory that was the Atari 2600, he's been hack'n'slashing and shoot'em'uping ever since. Mainly an FPS and action guy, Jason enjoys the occasional well crafted title from every genre.
@jason_tas
Previous Pop Apocalypse #1 (Comics) Review
Next GTAV running in 60 fps on the PC is a glorious sight