Home / Collectables / Mouse around on these official Arrow, Gotham, and The Flash mouse pads

Mouse around on these official Arrow, Gotham, and The Flash mouse pads

A set of pretty neat mouse pads is on the way from high-end collectable maker Icon Heroes. 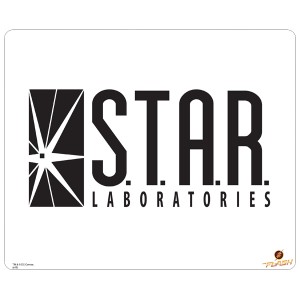 Right off the bat, I’m a sucker for stuff brandishing fictional companies. I have a bunch of tees that have stuff like the Daily Planet logo and mugs that have Arkham Asylum ‘branding’ covering them, so when I saw that STAR Labs mouse pad, well, I think I have to have that one. Of course, the other two pads are pretty awesome , as they both feature staple shots from both The CW’s Arrow and Gotham, which appears on FOX TV. It’s just that The Flash mousepad looks like it was lifted straight from the computer room at STAR, and that’s kind of irresistible, especially for a long time DC fan.

You can catch whichever one you like best, or all of them if you so desire, when these 7.75″ x 9.25″ bad boys arrive at retail and online this coming March. They’ll cost you $13.00 USD each.

Jason's been knee deep in videogames since he was but a lad. Cutting his teeth on the pixely glory that was the Atari 2600, he's been hack'n'slashing and shoot'em'uping ever since. Mainly an FPS and action guy, Jason enjoys the occasional well crafted title from every genre.
@jason_tas
Previous PAX South 2015: Gearbox announces release date, shows footage of Homeworld
Next Want to work on the next Borderlands game? According to Randy Pitchford, it’s “the big one”