Erika Szabo is a 26 year old video game and anime YouTuber who was born in a suburb in Toronto. She spent 15 years of her life living and growing up across the United States. She lived in Missouri, New Jersey, Colorado, and Michigan due to her dad moving from job to job.

At 21 Erika moved back to Canada so she could attend journalism school but after her first year, decided to drop out,because she felt that it was taking her away from other journalism endeavors. Erika is a free spirit so she also felt that school took away her creative freedom.

Currently Erika works as a Youtuber, freelance Community Manager, and is also working part time at A&C Games which is a popular independent game store in Toronto which specializes in vintage games.

Some of her hobbies include gaming; (she plays most genres but her favourite are JRPGs and shoot em ups/bullet hell) retro gaming, watching anime, Japanese fashion, watching horror and psychological thrillers, has an interest in the philosophy of game theory, and finally exploring the city.

Erika shared how she got her start in becoming a video game blogger.

“Producing videos is something that’s always been on my mind, but didn’t start tackling until March 2013. Before that I was working as a video game journalist from 2009 on and wrote for various video game blogs, most notably the Future Shop Tech Blog, a corporate blog for this entertainment distributor. Before that I was working as a music, film, and arts and culture journalist starting back in 2007.”

Erika has been on hiatus from writing since Spring 2014.

After years of writing Erika expressed that she started to feel jaded and had a need to search for another medium to produce her content in. “I like to incorporate a much more emotional element to my content which doesn’t really slide with journalism’s more objective view points, so Youtube turned out to be my saving grace. Now it’s my main source for expressing my thoughts on video games and anime.”

Mind-Bit is a well known segment that has become her trademark on her youtube channel and is a big  part of her main content such as: Reviews, and top video game and anime lists.

Here’s an inside look at how the segment Mind-Bit began.

“Mind-bit is actually based off of a daily contemporary artist spotlight project I was working on back in 2008 and eventually had to drop due to time constraints with school. I hate goodbyes and always wanted to turn mind-bit into something related more towards video games and spotlighting games I cared about,” Erika said.

Here is a video of one of her Mind-Bit segments.

Erika has been thinking about retiring the name (mind-bit) for good because it doesn’t suit her current branding strategies at this time, and it’s not adding anything to her content. She says that this will mean branding will come from her name, and it’s a work in progress.

One of Erika’s biggest inspirations when it comes to getting ideas for her You Tube channel is the idea of human potential.

“I’ve always been intrigued by this notion and always look for ways to challenge myself to do better, gain new skills and build that positive state of mind. State of mind as a whole has a lot to do with what people feel they can and cannot do so, with the right mindset, the possibilities of growth are practically endless. I constantly find myself exploring that. I’m always searching to find that untapped potential within myself.”

Erika Szabo also stated that she is a strong believer in harnessing your own style through imitation. To understand this she said that the book Steal like an Artist by Austin Kleon best represents her work ideologies. 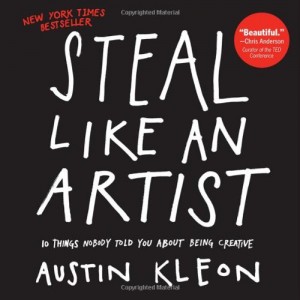 In addition she also described what she keeps in mind when doing a video.

“The one thing I always try to keep in mind while doing a review is to relax and let go. Something viewers enjoy so much about my content is my casual yet personable approach to games and anime. It’s easy to get carried away and become something you’re not when on camera, I mean you can technically be whoever you want to be, so I always make sure to remember that the person who I am inside is who people truly want to see,” she began. There are many other methods to get more views and have viewers watch your videos until the end.

“I find that very humbling seeing as how I used to strive so hard to take on a different persona when I first starting making videos. Now I realize that being true to myself is the most powerful thing of all and something people want to see.”

With any project that a person embarks on motivation is a key to its success. For Erika motivation is her strength regardless of any challenges that may present itself.

“I’m very fortunate in that I’ve always been a very self-motivated person, probably a trait I got from my mom. That in combination with my physical and emotionally abusive childhood always pushed me to want to do better, and prove to myself that I was capable of a lot more than I ever thought. Now the downside to all this is that I also don’t deal with stress very well and have manic depressive tendencies so any kind of personal issues in my life can really affect how motivated I feel in the end.”

She then shared how she overcomes the challenges to stay motivated.

“It’s definitely a challenge staying motivated when times are tough in my personal life, but at the end of the day the work I do and the content I make gives me so much happiness it’s hard not to become motivated after I let go of those negative mindsets. Finding that fine balance is really important and something I’m still learning, but the more I push myself to create the more happy and confident I become.”

Erika was also exploring a side venture in making merchandise, in regards to her youtube channel and she was kind enough to give clarification at where that stands now.

“I’ve gone on a bit of a hiatus merchandise-wise, particularly because of my branding shift I talked about earlier. I’m trying to focus much more on the content I’m producing and the frequency of that content (3-4 posts per week).

I want to delve into other game genres I’ve been interested in tackling but haven’t yet, and formats I haven’t explored. There’s so much potential for growth on my channel, I’m just focusing on playing around and seeing where I can take it.”

Erika Szabo offers aspiring video bloggers four useful detailed tips to keep in mind when they are just starting out:

2. Always be willing to challenge yourself. Another common problem among budding Youtubers is that fear of scrutiny. There are obviously good and bad ways to receive criticism, but you need to be able to differentiate between the two and take away from the good. Be willing to evolve your content and how you present yourself as you go. Those changes will come naturally so let them happen, see what styles you’ll take on and work towards something that makes you comfortable.

3. Never sacrifice your creative freedom. This is a big one considering how quickly people can lose sight of what they love simply by neglecting that freedom or letting others sway who you are and aren’t. Most of all, don’t ever feel as though anyone can tell you what you should and shouldn’t do or how you should or shouldn’t feel. Live your own life, set your own goals and do what makes you happiest.

4. Go into Youtube with a game plan. Even if you only want to pursue Youtube as a hobby it always helps to have certain ideas in mind when creating your project including social media integration (which is a big part of expanding your viewership), collaborations with companies and other Youtubers, networking with PR (which is also great for getting yourself out there, saving yourself money. on the particular media you plan to cover and attending media events for further networking) and thinking of your short-term/long-term goals for your channel.

Having a basis to what you’re doing will create that much more purpose and passion for what you do.

Here is a special message that Erika Szabo has for her viewers, both long time and new.

Special thanks to Erika Szabo for chatting with me.

You can find Erika here:

Hey! I'm Nadia! I am a big fan of RPGs and you can almost always catch me playing one in my spare time. Writing is my passion, and my intention is that you all learn something through my work!
Previous Middle-earth: Shadow of Mordor (Xbox One) Review
Next Super Smash Bros (3DS) Review