Hands on with Over 9k Zombies! on the PC (that’s a lot of hands)

Let’s get the obvious joke over with. Over nine-thousand zombies? That’s not possible!!!!!! Okay, are you happy now? On with the preview. 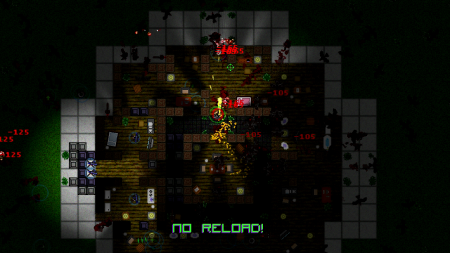 Over Nine-Thousand Zombies is possibly the most pointless game I’ve previewed thus far. I hate to be this hard on something (really), and especially since it ist technically ‘done’ yet, but this truly just a dull flash game wearing the skin of a full-on indie release. I can understand how the premise of pushing your pc to the limits with thousands of zombies sounds cool, but if it’s not executed properly the appeal will quickly wear off and this is just not done the way that you probably think it is.

Gameplay is simple. With each day, more zombies spawn outside of your structure. To beat them back, you use a variety of weapons to mow them down and keep them from overrunning your home-sweet-home. Looking for something more? Not here folks- rinse and repeat.

Oh and the zombies don’t look like zombies, by the way, they just look like people who can get shot a lot- so I hope that’s something that gets addressed at some point. Also, do you remember that one famous story about the living dead? You know, the one where they run frantically past the people and start eating the walls of the house? No neither do I, but that’s what they do in Over 9k Zombies. These terrifying, shambling creatures (well, most of them anyway) will walk past you, and start eating the walls. 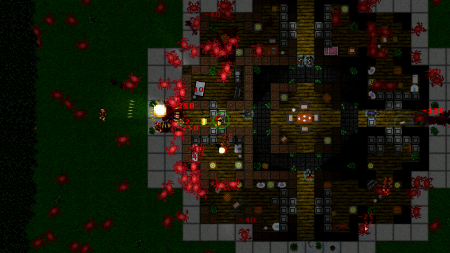 What happens when they eat the house (never thought I’d say that while playing a zombie game)? Then they decide they want dessert and will finally start attacking you. I guess this is supposed to instill a feeling of ‘I better defend the heck out of this house’ but it’s instead completely nonsensical within zombie fiction and just feels… odd.

I would also like to point out the horrendous organized noise they call music. It loops, it’s not catchy, it’s easily forgettable, and quickly begins to grind on your ears. I have a hunch even the developers knew it was terrible because literally the top of the list on the options menu is “Music: On/Off”. I had a good laugh at that.

You know what, instead of just limiting it to bad music, why don’t we talk about the bad sound design in general. The guns sounds like… quite frankly it sounds like someone sat on a whoopee cushion (a fart gun! Innovative! -ed). The zombies don’t make any noise whatsoever either; no growling, no sounds of feet hitting the ground… nothing. Though I will readily admit that if the footsteps made noise, you would probably go insane playing this one. It’s also possible that all this is in the game just as placeholders while the actual sound design goes through the final design stages, which I’m hoping is the case.

My only guess here is that Loren Lemcke was aiming for a fun, co-op, multiplayer shooter, reminiscent of arcade shooters of old. Instead the game serves as a reminder of how far we’ve come since the olden days of gaming and doesn’t do a heck of a lot to stand out. If you can’t tell, I didn’t enjoy my time with this one, and a lot has to be done between now and the official game release to get it up to par with modern games.